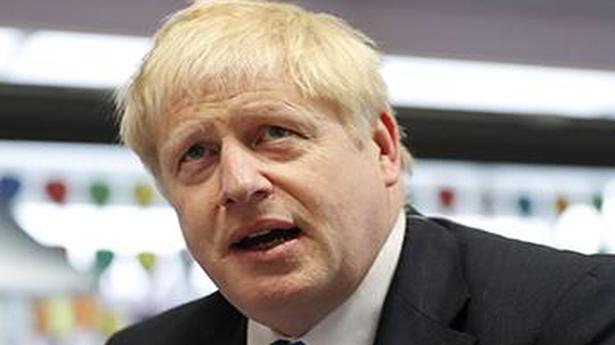 British Prime Minister Boris Johnson told his Cabinet on Sunday that a Brexit deal was still possible but that there was significant work to be done to reach one, a spokeswoman from his office said in a statement.

“The Prime Minister updated Cabinet on the current progress being made in ongoing Brexit negotiations, reiterating that a pathway to a deal could be seen but that there is still a significant amount of work to get there and we must remain prepared to leave on October 31,” the spokeswoman said.

Meanwhile, British and EU negotiators are working through the weekend to see if they can turn Mr. Johnson’s proposals, which were initially rejected by the EU, into a deal that works.

Iran’s paramilitary Revolutionary Guard said Wednesday it launched a military satellite into orbit amid wider tensions with the U.S., a successful launch after months of failures. There was no immediate independent confirmation of the launch of the satellite, which the Guard called “Noor,” or light. The Guard on its official said the satellite successfully reached […]

Explainer: Why are Boeing 737 flights being grounded?

In the aftermath of the deadly Ethiopian Airlines crash which killed all 157 people aboard, numerous countries, including India, have grounded the Boeing 737 MAX 8 airline or banned it from their airspace. That the accident comes barely five months after the similar Lion Air crash in Indonesia involving the same aircraft model has only […]