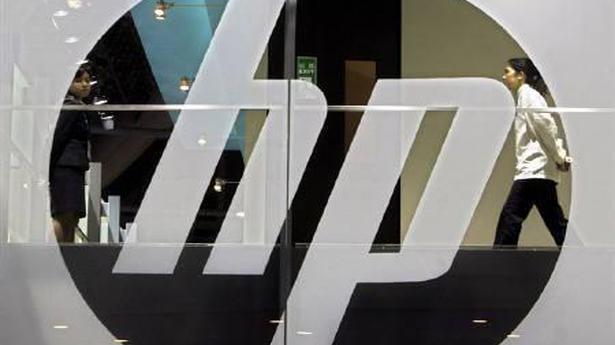 Texas Governor Greg Abbott’s office announced that the relocation will increase the company’s presence in the area, which is already home to more than 2,600 employees. The company also has locations in Austin and Plano.

Tech giant Hewlett Packard Enterprise said it is moving its global headquarters to the Houston area from California, where the company’s roots go back to the founding of Silicon Valley decades ago.

Texas Gov. Greg Abbott’s office announced that the relocation will increase the company’s presence in the area, which is already home to more than 2,600 employees. The company also has locations in Austin and Plano.

“As we look to the future, our business needs, opportunities for cost savings, and team members’ preferences about the future of work, we are excited to relocate HPE’s headquarters to the Houston region,” CEO Antonio Neri said in a written statement Tuesday.

The Fortune 500 company said there are “no layoffs associated with this move” in a quarterly earnings report news release. It also said that San Jose, its current home, will be a “strategic hub for HPE innovation” where the company will consolidate several hundred jobs from other sites around the San Francisco Bay Area.

The split left one new company, HPE, concentrated on the business of selling data center hardware and business software, while another new company, HP Inc., kept the legacy PC and printer operations. HP Inc. is still headquartered in Palo Alto, California, and remains the bigger of the two companies in terms of revenue.

But a piece of the original HP brand moving out of Northern California is a loss, at least symbolically, for the tech industry that electronics pioneers William Hewlett and David Packard helped start in a Palo Alto garage in 1939. A plaque outside the home where they worked on their first product, an audio oscillator, calls it the birthplace of Silicon Valley, the “world’s first high-technology region.”

Neri told the San Jose Mercury News that the new tech hub in San Jose will be an important site “where we showcase all of our technology.”

“We are incredibly committed to Silicon Valley,” he said.

Fight for the future of Bolivia

On November 10, the day Bolivian President Evo Morales resigned amid pressure from the armed forces and street violence, Luis Fernando Camacho, leader of the civic group Comité Pro-Santa Cruz, entered Palacio Quemado in La Paz, the official residence of the President. Flanked by armed forces and with an evangelical ally clutching a Bible, Mr. […]

President Donald Trump confirmed he would sign an order later on Wednesday partially blocking immigration to the U.S., in a move he argues would protect workers from the economic fallout of the COVID-19 pandemic. Immigration is a key issue for Mr. Trump’s conservative base, which he is keen to energise ahead of the November election. […]