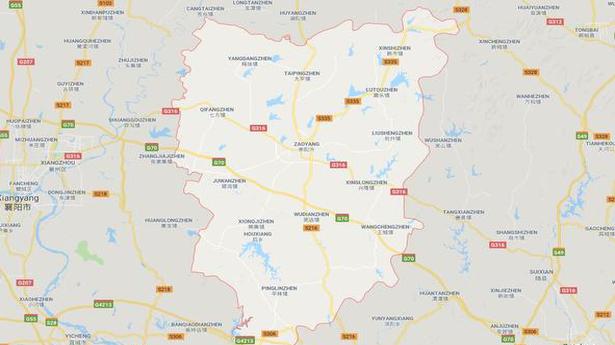 A car rammed into a crowd in central China on Friday, killing six people and injuring seven others, and the driver was fatally shot by police, state broadcaster CCTV reported.

The injured were taken to hospital following the early morning incident in Zaoyang City in Hubei Province, CCTV said.

China has suffered a spate of similar incidents in recent months.

Last September, 11 people were killed and dozens were injured when a car struck a crowd in a public square in the central Hunan province city of Hengdong.

Police detained the driver, a man in his 40s, and described him as a “vengeful repeat offender” who had daggers in his car and intended to “cause serious damage”.

In late November, a car ploughed into a group of children crossing a street in front of an elementary school in the northeastern Liaoning province, killing five people and injuring at least 19.

The driver said he “chose his victims at random” and had reportedly been contemplating suicide due to domestic troubles before the tragedy occurred.

Power outage in Venezuela, Malaysia frees woman in N.Korea murder case, and other news in pictures

Australian writer and political commentator Yang Hengjun, who is under detention since January this year, has been formally arrested on suspicion of espionage, media reports said on Tuesday. The 54-year-old Yang had been under investigation for “harming” China’s national security and was arrested on August 23 on suspicion of committing crimes of espionage, according to […]

Norway, which says it has the new coronavirus under control, on Monday started opening up pre-schools after a month-long closure, an AFP correspondent reported. Authorities have said the reopening was possible because children have been less affected by COVID-19, although some parents have expressed reservations over the decision. “Going to pre-school is safe,” Education Minister […]