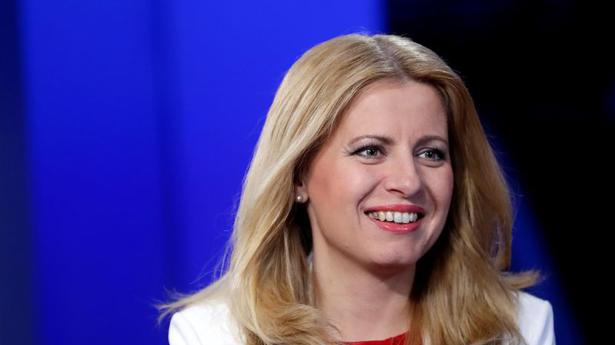 The election of Zuzana Caputova as Slovakia’s first woman President was greeted on Sunday as a vote for change, with the anti-graft activist expected to provide a check on a government tarnished after last year’s murder of a journalist.

The 45-year-old environmental lawyer’s clear victory on Saturday over the ruling party’s candidate was a blow to the populist-left Smer-SD — the largest grouping in Parliament — and could spell trouble for them in the EU elections and next year’s general vote.

Ms. Caputova won 58.4% of the vote according to a final tally of results released Sunday, compared with 41.6% for her ruling party rival, EU Energy Commissioner Maros Sefcovic.

“Let us look for what connects us. Let us promote cooperation above personal interests,” she said as the results rolled in.

A day after the Sri Lanka blasts, the travel trade on Monday got busy reworking itineraries and reaching out to worried customers scheduled to travel to the island nation in the days to come, while helping those stranded there make a safe return at the earliest. Data showed a 41% increase in cancellation of departure […]

Queen Elizabeth II celebrated her 93rd birthday on Sunday, also the occasion of Easter. The queen attended a service with other senior royals at St. George’s Chapel on the grounds of Windsor Castle, west of London. She was joined by Prince William and his wife Kate, the Duchess of Cambridge, and Prince Harry, whose wife […]

Scotland Yard on Thursday charged the Muttahida Qaumi Movement (MQM) founder Altaf Hussain, living in exile in the U.K., with an offence of encouraging terrorism in connection with a speech relayed to followers in Pakistan. The Metropolitan Police Counter-Terrorism Command said Hussain will appear before the Westminster Magistrates’ Court in London charged under Section 1(2) […]