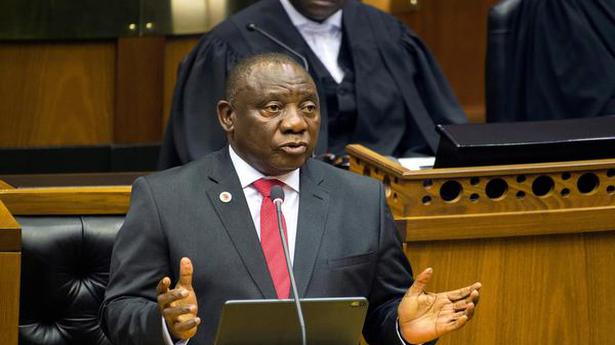 A South African corruption watchdog on Friday said President Cyril Ramaphosa “deliberately misled” Parliament about a campaign contribution, a setback for a leader who has vowed to address sprawling graft allegations that forced his predecessor from office and sparked national outrage.

The report was released as that former president, Jacob Zuma, abandoned his testimony to a high-profile state commission probing wide-ranging allegations of graft in government and state-owned companies. Mr. Zuma, who denies the allegations against him, asserted he was being treated unfairly. But a deal was quickly reached for him to return in the future.

The outcry over years of alleged corruption during Zuma’s time in office has shaken both the economy of South Africa, the most developed in sub-Saharan Africa, and public support for the ruling African National Congress. The party has been in power since the end of the harsh system of racial segregation known as apartheid 25 years ago.

Now the ANC faces an internal struggle between allies of Mr. Ramaphosa and Mr. Zuma, who led South Africa from 2009 to 2018 when he resigned under party pressure and was replaced by former deputy Ramaphosa.

The current president has repeatedly vowed to fight corruption and win back public confidence.

Prince Harry and his celebrity wife Meghan’s bombshell resignation from front-line royal duties rocked the British monarchy on Thursday, with reports suggesting Queen Elizabeth II had not been informed in advance. The couple said they would now “balance” their time between Britain and North America and rip up long-established relations with the press, in a […]

he cash-strapped Pakistan government of Prime Minister Imran Khan borrowed USD 10.40 billion as loans from friendly countries like China and the UAE to stabilise the foreign exchange reserves and repayment of old loans, a media report said on Thursday. Pakistan has been facing a serious economic crisis with short supplies of foreign currency reserves […]