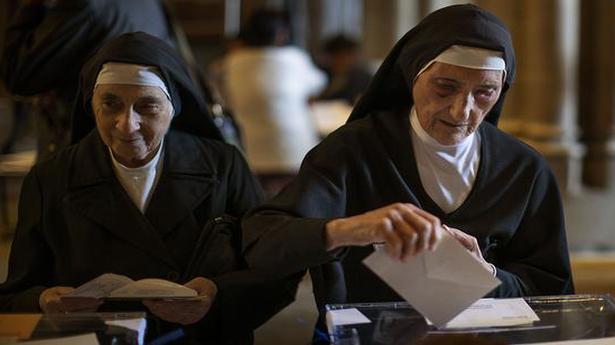 Spain held its second Parliamentary election in just over six months on Sunday, with voters likely to deliver an even more fragmented Parliament with no clear winner and a sizeable showing by the far-right.

Opinion polls show the Socialists in the lead but likely to win slightly fewer seats than in April’s vote, while the conservative People’s Party (PP) could gain strength and the far-right Vox could become the country’s third-largest party, just months after winning its first parliamentary seats.

Spain has been struggling to put stable governments together since 2015, when new parties emerged from the financial crisis following decades during which power oscillated between the Socialists and the PP.

Acting Prime Minister Pedro Sanchez called the election — the fourth in four years — betting that a new vote would strengthen his hand after his Socialist Party won in April but then failed to forge the alliances needed to form a government.

Violent protests by separatists last month in the northeastern region of Catalonia have overshadowed the campaign, delivering a boost to the right, and in particular to Vox and the PP, whose fiercely anti-separatist rhetoric has struck a chord with many voters.

Polls suggest that support for Vox could as much as double, even if pollsters have struggled to estimate the new party’s popularity.

The overall result is likely to be very close, leaving the door open to several possible configurations or even a repeat election.

IRANIAN Ambassador to India Ali Chegeni said on Thursday that the United States armed forces should leave the Persian Gulf for lasting peace in the region. Speaking exclusively to India Today TV, the Iranian envoy emphasised that while Iran sought peace, it was a good defender of its interests. He also asserted that Iran does […]

A senior Ukrainian security official offered to quit before President Volodymyr Zelenskiy began a visit to the U.S. this week, the President’s office said on Friday. Oleksandr Danylyuk, the secretary of Ukraine’s National Security and Defence Council, gave no reason for his decision and will stay on until Mr. Zelenskiy decides whether to accept his […]

A couple from China on Friday became the first two persons to be charged under Singapore’s Infectious Diseases Act for providing false information to the authorities relating to the deadly coronavirus, obstructing the process of contact tracing, an important exercise of monitoring people exposed to the infected persons. Hu Jun, 38, from Wuhan, the epicentre […]