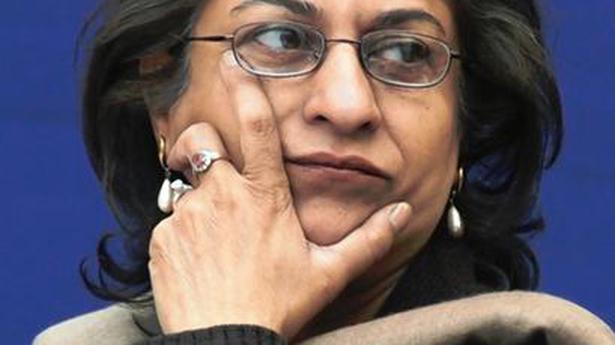 Earlier this month, the Asma Jahangir Foundation organised the second Asma Jahangir Conference in Lahore to commemorate the human rights lawyer who died on February 11, 2018.

Jahangir, who co-founded the Human Rights Commission of Pakistan, played a prominent role in the 2007 “lawyers’ movement” that challenged the rule of military dictator Pervez Musharraf. The organisers of the conference say their main goal was to provide a democratic space for debates, build bridges between legal communities, particularly in South Asia, and promote rule of law. The theme of this year’s conference was ‘Roadmap for Human Rights’.

AGHS Legal Aid Cell, the law firm founded by Jahangir in 1980 and which at the time was the only all-female law firm in Pakistan, and the Pakistan Bar Council also joined hands with the foundation to organise the event.

“Her family conceived the idea of having a conference to honour her legacy. For me, personally, it was a platform to bring together the hundreds of voices that replaced her when we lost her on one platform and have unabated discussion on issues of imminent concern in Pakistan,” said Nida Aly, executive director at Asma Jahangir Legal Aid Cell.

She added the conference provides “a space where there are no curbs or censorship and people can freely express themselves and develop a road map for policy and law reforms for a meaningful change. It continues Asma’s legacy of protection and promotion of fundamental rights of citizens.”

Sulema Jahangir, an advocate of the High Courts in Pakistan and a solicitor of the Supreme Court of England and Wales, said that after her mother’s unexpected passing, they were overwhelmed with their own loss but also with the grief of the lawyers’ community and the civil society, who felt they had lost someone who always spoke truth to power and did not compromise on principles of true democracy and rule of law. “We felt we needed to bring together opinion-makers not just from the lawyers’ community but from the journalist community along with our politicians and policy-makers to openly discuss critical issues and form consensus and resolutions. The legacy of our mother would give them a safe space to openly and honestly speak their mind in an age of heavy censorship and a threatening environment,” she told The Hindu.

‘Laws I don’t believe in’

Jahangir was known for her liberal views, staunch opposition to capital punishment and fight for human rights. “It would be hypocrisy to defend laws I don’t believe in, like capital punishment, the blasphemy law and laws against women and in favour of child labour,” she once said. She was among the lawyers who were arrested in 2007 by the Musharraf regime.

“She is one of the most inspiring and courageous women I have ever met,” said Christina Lamb, chief foreign correspondent of Sunday Times of Britain. “Sitting in her book-lined study in Lahore was an essential stop on my visits to find out what was really going on — and the latest gossip! So it’s incredible to see her daughters carrying on her work in such an impressive way.”

Bangladeshi photojournalist Shahidul Alam was one of the speakers at the AJ Conference. “The energy of the conference, the presence of so many young women lawyers and the overall participation of people from all segments of society and across political divides was a befitting tribute to Asma Jahangir, and showed how many people’s lives she had touched,” he said.

The conference had 120 international and national speakers and 20 sessions. The speakers, including former Prime Minister of Pakistan Yousaf Raza Gillani, resolved to carry on the legacy of Jahangir.

The absence of Indian participants at the conference had raised many eyebrows. The deportation of Steven Butler, the Asia head of the media watchdog Committee to Protect Journalists, was another matter of concern.

Mr. Butler, who had attended last year’s conference, was all set to join the event this year. He landed in Lahore with a valid visa on October 18, but was told that he couldn’t enter Pakistan as he was on a ‘stop list’. He was sent back from the airport. Butler did address the conference via Skype.

“These were the black marks that demonstrated how immature our governments are,” said Mr. Alam.

“Asma is Pakistan’s permanent political opposition to every regime that came her way,” said renowned author Mohammed Hanif. “Pakistan needs Asma Jahangir more than ever to pick through this hybrid facade that we have now…,” he added.

U.S. blockade or quarantine of Venezuela under consideration, says Trump

U.S. President Donald Trump on Thursday said he was considering a quarantine or blockade of Venezuela, as the United States steps up pressure on President Nicolas Maduro to relinquish power. Mr. Trump did not elaborate on when or how such a blockade could be imposed, and his administration has so far focused on diplomatic and […]