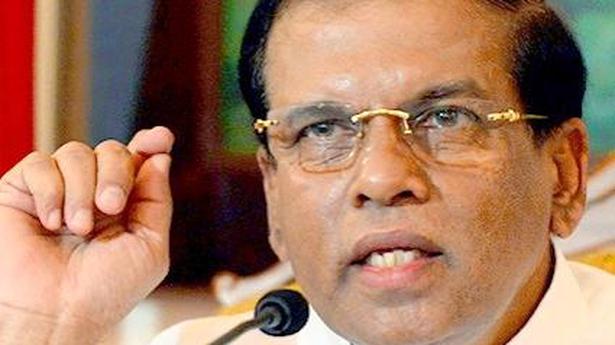 As a state of emergency took effect Tuesday giving the Sri Lankan military war-time powers, police arrested 40 suspects, including the driver of a van allegedly used by the suicide bombers and the owner of a house where some of them lived.

Sri Lanka’s president gave the military a wider berth to detain and arrest suspects powers that were used during the 26-year civil war but withdrawn when it ended in 2009.

President Maithripala Sirisena has declared a day of mourning for Tuesday, a day after officials disclosed that warnings had been received weeks ago of the possibility of an attack by the radical Muslim group blamed for the bloodshed.

The Sri Lankan President says, “We will pull out of international bodies that level baseless allegations.” Source: thehindu.com Related

China’s Central government said on Monday that the nationwide total of confirmed infections from coronavirus, a deadly respiratory contagion, had risen to 2,744, with 769 new cases coming to light. However, it said no new deaths were confirmed outside of Hubei Province, which had earlier reported 24 new fatalities to bring the national total to […]

Pakistan Prime Minister Imran Khan on February 3 embarked on a two-day visit to Malaysia to placate the country’s leadership after he skipped a major summit of Muslim nations in Kuala Lumpur, solidify the bilateral strategic partnership and discuss the situation in South Asia. Prime Minister Khan’s visit will contribute to further strengthening the historic […]