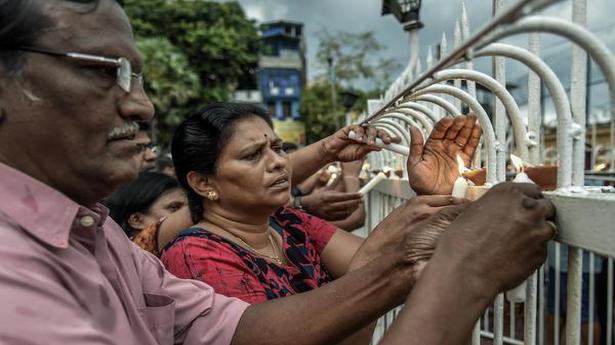 Police say the death toll in the Easter Sunday bombings in Sri Lanka has risen to 359 and more suspects arrested.

Police spokesman Ruwan Gunasekara said on Wednesday that 18 suspects were arrested overnight, raising the total detained to 58. The Prime Minister warned on Tuesday that several suspects armed with explosives were still at large.

A top government official said the suicide bombings were carried out by Islamic fundamentalists in apparent retaliation for the New Zealand mosque attacks on March 15 last.

The Islamic State group has claimed responsibility for the Sri Lanka attacks and released images that purported to show the attackers.

In the largest of three rallies in Hong Kong on Sunday, a key thoroughfare was packed with demonstrators, from hardened masked protesters to families and the elderly. They chanted “Five demands, not one less” and “Disband the police force” as they marched. That rally followed two other marches earlier on Sunday as protesters sought to […]

Canadian Prime Minister Justin Trudeau will remain in power but with a minority government that will require the support of a smaller left-leaning party after a hard-fought election in which he was dogged by scandals. The Liberals had won or were leading in 156 out of 338 seats in Monday’s vote, according to Elections Canada. […]