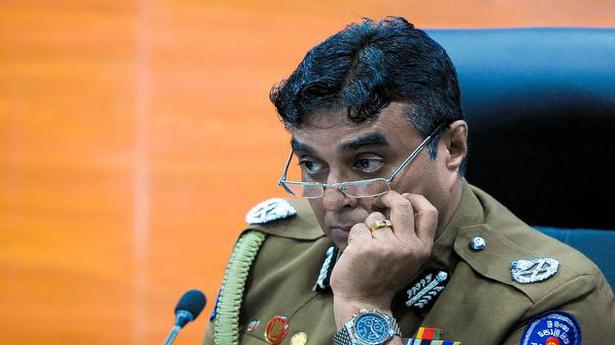 Sri Lanka’s police chief resigned from his post on Friday, two days after President Maithripala Sirisena asked him to step down over the security establishment’s failure to avert the deadly Easter bombings.

“The IGP has resigned. He has sent in his resignation to the acting defense secretary. I’ll nominate a new IGP soon,” the President said.

The police chief’s resignation came a day after the country’s defence secretary Hemasiri Fernando handed over his resignation letter to the President.

Mr. Sirisena said the intelligence supplied by a friendly nation was not shared with him by officials. “All they have done was to exchange letters among themselves,” he said.

“I asked both the police chief and the defence secretary why the information was not shared with me and why they remained silent,” he said.

The security lapse was also due to the current government’s weakening of intelligence operations. This was a reference to the arrest and trials against a handful of military intelligence officers who were responsible for attacks and murder of journalists, abductions and ransom taking, he said.

He said the power struggle in his government was because he had objected to the government’s weakening of the security forces. He would soon set up a joint operations command to combat terror and each and every house would be checked for the safety of all citizens.

Top officials have acknowledged that Sri Lanka received intelligence about possible terror strikes, but both Mr. Sirisena and Prime Minister Ranil Wickremesinghe said that they did not receive the information.

Nine suicide bombers carried out a series of devastating blasts that tore through three churches and three luxury hotels on Easter Sunday.

The Islamic State group has claimed responsibility for the attacks, but the government has blamed local Islamist extremist group National Tawheed Jamath (NTJ) for the attacks.

The President also confirmed that Sri Lankan Islamist extremist Zahran Hashim, the leader of the NTJ, died in the blast at the Shangri-La hotel.

Hashim led the attack on the hotel and was accompanied by a second bomber, Ilham Ahmed Ibrahim.

The President appealed to the nation not to view its minority Muslim community as terrorists in the wake of the attacks. He said that despite the attacks, the island’s nine per cent Muslim minority must not be regarded terrorists.

“We looked into banning the NTJ but we do not have laws to do that right now. We have to draft new laws. We will get this done soon,” he said.

“Information is that around 130-140 ISIS suspects are in the country. Around 70 are arrested, we will arrest them all very soon ending this [terror],” he said.

Police said that over 70 suspects, including five women, have been arrested as the authorities intensified the search operations with the help of the army.

Colombo and its immediate suburbs looked deserted in the morning. Most offices have allowed employees to work from home.

“During the last 24 hours there have been no incidents reported,” military spokesperson Brigadier Sumith Atapattu said.

The army would continue search operations for suspects linked to the terror group, he said.

Malaysia’s sports-loving Sultan Abdullah Sultan Ahmad Shah called for racial unity as he was installed on Tuesday as the country’s 16th king under a unique rotating monarchy system. It was a double celebration for Sultan Abdullah from central Pahang state, who turned 59 the same day. He was picked as Malaysia’s new ruler in January, […]

Sri Lanka’s top court on Tuesday effectively blocked a plan by the President to bring back hangings for the first time since 1976, before he leaves office next month. Maithripala Sirisena said in June that he had signed death warrants for four drug offenders – mirroring the Philippines’ no-holds-barred anti-narcotics drive – alarming rights groups […]

The situation in Kashmir violates human rights, a US Congresswoman has said, as she joined as cosponsors to a resolution urging India to end restrictions on communications and mass detentions in the newly-created Union Territory. The resolution No 745 that was introduced in the House of Representatives last year by Indian-American Congresswoman Pramila Jayapal now […]