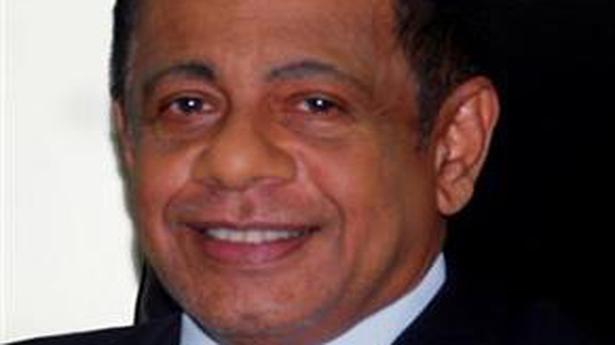 The Colombo High Court on Wednesday ordered the re-arrest of ex-Defence Secretary Hemasiri Fernando and suspended police chief Pujith Jayasundera, exactly three months after they were granted bail by a local court which ruled there was no basis for their arrests for allegedly failing to prevent the Easter Sunday attacks.

Both Mr. Fernando and Mr. Jayasundera were arrested in July after Attorney General Dappula de Livera instructed the authorities to charge them for their failure to prevent the Easter terror attacks that claimed 258 lives.

On July 9, they were granted bail by Colombo chief magistrate Lanka Jayaratne who said that the judiciary was not obliged to keep people in jail to please the wishes of the police or anyone else.

The Colombo High Court on Wednesday ordered their re-arrest and the duo has been remanded until October 23.

The re-arrest order has come as a result of a revision application filed by the Attorney General.

Mr. Jayasundera and Mr. Fernando were suspended by President Sirisena for their alleged inaction on the intelligence shared by India, which warned of an impending attack by Islamist militants, and thereby, failing to prevent the suicide bombings on April 21.

Mr. Sirisena had appointed a three-member panel to probe the negligence by the top officials despite the availability of intelligence inputs on the impending attacks.

The two were accused of negligence in the panel report. Nine other senior policemen were also charged with negligence.

Both Mr. Jayasundera and Mr. Fernando have testified before an ongoing parliamentary probe panel on the attacks. They claimed that there was discounting of the seriousness of the threat at the very highest level.

The suicide attacks carried out by the local Jihadi group National Thowheed Jammath (NTJ) linked to the Islamic State caused a political ripple as both Mr. Sirisena and his Prime Minister Ranil Wickremesinghe were criticised for failing to prevent the attacks.

Elizabeth Warren, who electrified progressives with her plan for everything and strong message of economic populism, dropped out of the Democratic presidential race on Thursday, according to a person familiar with her plans. The exit came days after the onetime front-runner couldn’t win a single Super Tuesday state, not even her own. The Massachusetts senator […]

Edited version of Russia probe report to be released

As Washington counts down the final hours until publication of the redacted Special Counsel report now expected on April 18, President Donald Trump stepped up his attacks in an effort to undermine potential disclosures on Russia, his 2016 campaign and the aftermath. “Mueller, and the A.G. based on Mueller findings (and great intelligence), have already […]