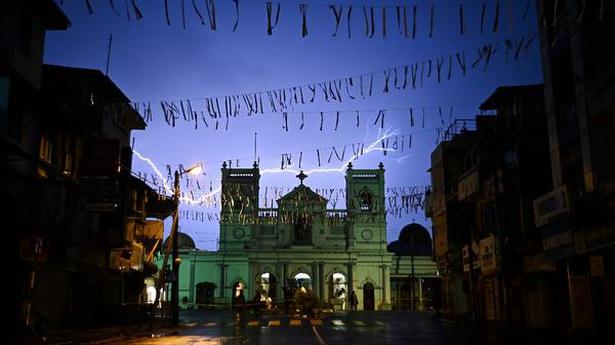 Sri Lanka late on April 25 revised the death toll from the Easter Sunday blasts by more than 100, to “about 253”, according to the Health Ministry.

However, Dr. Anil Jasinghe, the Director-General of the Health Services, said the larger death toll was released as a result of a calculation error. “The approximate total of the dead would be 253 and not 359 as reported in media,” he said.

Dr. Jasinghe said that at least 485 injured were admitted to six hospitals throughout the country.

“By 10 a.m. today, the casualty number at hospitals has been reduced to 149. Only 6 had died in hospitals,” Dr. Jasinghe said.

On April 22, an estimated figure of 280 dead was released. “As it was not easy to count the correct number of dead due to extensive damages suffered in some cases, the figures issued were all approximate numbers,” he said.

Dr. Jasinghe said that those who died in the three hotel blasts were mostly beyond recognition as their body parts had suffered comparatively more damages than those who died at church blasts.

Meanwhile, the Foreign Ministry said the number of foreigners killed has risen to 40, including 11 Indians.

Friday will mark a truly historic moment, but almost nothing will happen. A few Union Jack flags will be lowered from EU buildings in Brussels, more will be waved in jubilation by Brexiteers in London at the moment of Britain’s departure — at 11 p.m. in the U.K. But for most of the half a […]

Currently, telecommuting arrangements are in place at the UN Headquarters till June 30 due to the COVID-19 pandemic. Source: thehindu.com Related

In a popular Catholic church in the Philippines, nearly half of the pews were empty for Sunday Mass. The few hundred worshippers who showed up were asked to refrain from shaking others’ hands or holding them during prayers to prevent the spread of the virus that started in China. In Hong Kong, Cardinal John Hon […]