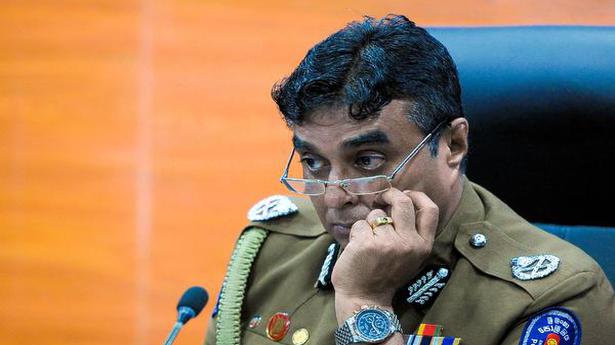 A Sri Lankan court released the country’s police chief on bail on Tuesday, hours after he was arrested for allegedly threatening a worker at police headquarters two years ago.

Pujith Jayasundara has been under suspension for alleged negligence leading to suicide bomb attacks on Easter Sunday that killed more than 260 people. Jayasundara is facing a court case over allegations that he failed to act on near-specific intelligence before the blasts.

It was unclear why Mr. Jayasundara was arrested two years after allegedly threatening an elevator operator at the police headquarters. .

Mr. Jayasundara had previously testified before a parliamentary committee that President Maithripala Sirisena asked him to resign to take responsibility for the April 21 bomb blasts at churches and hotels and promised to have his name cleared in any subsequent inquiry.

The Easter suicide attacks have been blamed on two local Muslim groups inspired by the Islamic State.

In his first reaction since an explosive report claimed that Saudi Crown Prince Mohammed bin Salman was behind the hacking of his phone, Amazon founder and Washington Post owner Jeff Bezos on Thursday tweeted a photo of slain Post journalist Jamal Khashoggi’s memorial service. In a cryptic tweet, Jeff Bezos just wrote #Jamal with a […]

Prime Minister Narendra Modi on Tuesday presented to U.S. President Donald Trump a framed photograph from the mega ‘Howdy Modi’ event in Houston. The photograph was presented as the two leaders met here on the sidelines of the U.N. General Assembly session. The two leaders addressed over 50,000 Indian-Americans in Houston on Sunday. “Memories from […]