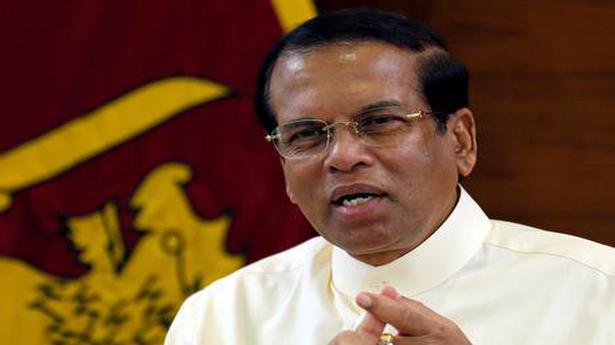 Sri Lankan President Maithripala Sirisena has assured hoteliers that the government will give them maximum financial relief to revive the lucrative tourism industry hit by the country’s worst terror attack on Easter Sunday that killed 253 people, including 40 foreigners.

Tourism accounts for about five per cent of Sri Lanka’s economy, with India, Britain and China being the main markets.

India is the largest source market for Sri Lanka, which received 2.3 million tourists from around the world in 2018.

Around 450,000 Indian tourists visited Sri Lanka last year and the island nation was expecting the total Indian tourist arrivals to cross one million in 2019.

President Sirisena acknowledged during his meeting on Monday with the country’s hoteliers that the tourism and hotel industries were worst hit after the string of powerful blasts ripped through three churches and as many luxury hotels on Easter Sunday, killing 253 people and injuring more than 500 others.

The bombs tore through three five-star hotels in Colombo: the Cinnamon Grand, the Shangri La and the Kingsbury. Forty foreigners, including 11 Indian nationals, died in the attacks.

Hotels Association President Sanath Ukwatte said hoteliers had invested large sums of money in the development of the hotels and requested the government to provide a moratorium or waiver on the capital and interest for a period of at least two years.

During the meeting, the hoteliers also asked the government to hire the services of a professional public relations and communications unit to send out one message to the world.

President Sirisena agreed to appoint a Cabinet sub-committee to look into the requirements of the hoteliers, the report said.

The meeting was also attended by Prime Minister Ranil Wickremesinghe, Ministers, ministry officials and members of the industry.

The Easter Sunday blasts were the first time that tourists were specifically targeted.

Following the bombings, the US, Britain, Australia, India and Israel warned their nationals against visiting Sri Lanka.

“We expect a 30 per cent drop in arrivals and that means a loss of about $1.5 billion in foreign exchange,” Mr. Samaraweera said, adding that the country could take up to two years to fully recover from the deadly bombings which shattered a decade of peace in the country.

Mount Lavinia Hotel south of the capital, a popular site for the tourists, has said there have been a large number of cancellations.

In his first reaction to Sunday’s blasts, Prime Minister Wickremesinghe said tourism industry will be hit by the blasts.

“There will be a downward trend, Tourism will get affected. There may be fund outflows,” Mr. Wickremesinghe said.

The industry officials said the rebound from the attacks would depend on the security measures to be adopted.

Sri Lanka’s tourism industry faced a difficult time until a decade ago due to the three-decade civil war with the LTTE which claimed at least 100,000 lives.

However, in the recent years the island nation has emerged as a top tourist destination in Asia.

Oil prices rose on Tuesday after U.S. President Donald Trump predicted a trade deal with China after positive comments by Beijing, calming nerves after a round of tit-for-tat tariff hikes had sent markets reeling. Brent crude was up by 25 cents, or 0.4%, at $58.95 a barrel by 0214 GMT, after falling 1% in the […]

A widely downloaded Chinese propaganda app that quizzes users on Communist Party heroes and military achievements may be “studying them right back” through data collection, Open Technology Fund, a U.S.-based internet freedom campaign group, says. The app — called “Xuexi Qiangguo” or “Study to make China strong” — has accumulated 130 million users since its […]

British police found the bodies of 39 people in a truck container at an industrial estate to the east of London on Wednesday. Police said the truck was believed to have come from Bulgaria and to have entered Britain at Holyhead in Wales on Saturday. The driver, a 25-year-old man from Northern Ireland, has been […]