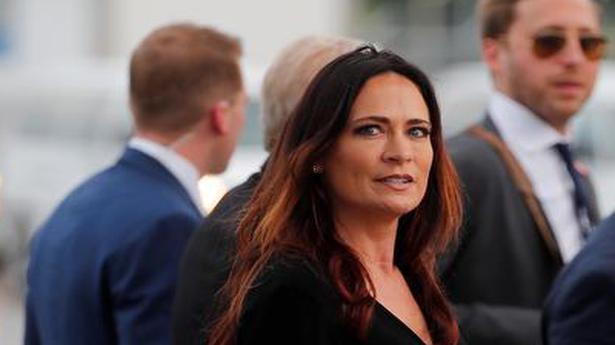 President Donald Trump on Tuesday named Stephanie Grisham — until now spokeswoman for his wife Melania — the chief White House Press Secretary, taking over an office that has seen sharply deteriorating relations with the media.

The appointment, announced by Melania Trump on Twitter, replaces the outgoing Sarah Sanders, who oversaw the near ending of once traditional daily White House press briefings and fought repeatedly with journalists who accused her of lying.

“I am pleased to announce @StephGrisham45 will be the next @PressSec & Comms Director!” Melania Trump wrote. “She has been with us since 2015 – @POTUS & I can think of no better person to serve the Administration & our country.”

Ms. Grisham is a Trump loyalist, having joined his presidential campaign back in 2015 and winning a reputation as a tough operator in the first lady’s office.

Ecuador said police have removed almost 800 bodies in recent weeks from homes in Guayaquil, the epicenter of the country’s COVID-19 outbreak, after the disease overwhelmed emergency services. Mortuary workers were unable to cope with a backlog, with residents sharing videos showing abandoned bodies in the streets. Source: thehindu.com Related

President Donald Trump will be making a significant request for border wall funds and seeking money to stand up Space Force as a new branch of the military in the White House budget being released next week, an administration official said. For the first time, Mr. Trump plans to stick with the strict spending caps […]

Afghanistan election commission said on December 22 incumbent President Ashraf Ghani won the majority of September 28 presidential election votes in delayed preliminary results from a poll that plunged the country into political uncertainty. The Independent Election Commission (IEC) said the total turnout in the presidential election, which was marred by allegations of massive fraud, […]