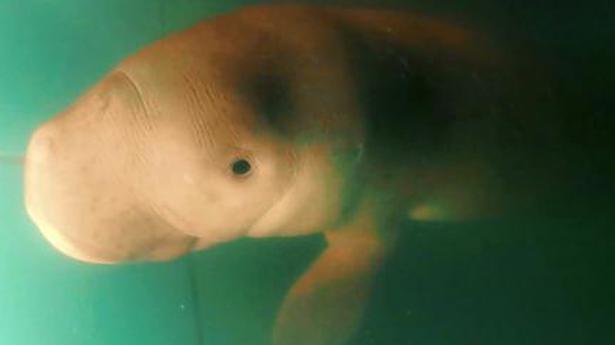 A second orphan baby dugong, also known as a sea cow, found stranded on a southern Thai beach has been named Jamil, meaning a “handsome sea prince” by one of the country’s princesses, officials said on Saturday.

Southern Thailand’s waters are home to about 250 mammals classified as vulnerable. A baby dugong dubbed ‘Mariam’ washed ashore on its beaches last month and her antics went viral on social media, stoking interest for ocean conservation in the country’s plastic-choked waters.

The newly named dugong was found on Monday with scratches on its back and is now rehabilitating in a pool at the Phuket Marine Biological Centre.

The name, given by Princess Sirivannavari “is from the Yawi language, and it means ‘handsome prince of the sea’, said the Department of Marine and Coastal Resources.

The princess has also set up “working teams for the conservation of Thailand’s sea and corals and marine animals,” the DMCR said.

The DMCR is now setting up a livestream of her in captivity.

Four people were killed and two injured in a shooting on Saturday near Mexico’s National Palace, the presidential residence in the capital’s historic downtown, officials said. President Andres Manuel Lopez Obrador was traveling outside of Mexico City on Saturday. Preliminary reports indicated an armed man entered a building on a small street near the palace […]