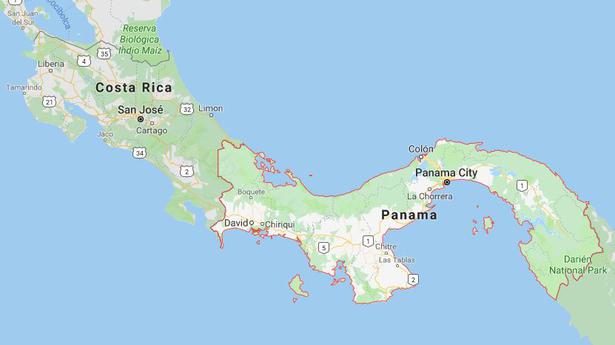 A 6.3 magnitude earthquake hit the Panama-Costa Rica border around midnight on Tuesday, the US Geological Survey said, with the potential to cause casualties and “significant damage”.

The shallow quake struck at a depth of 10 kilometers (6 miles), about two kilometers from the nearest town of Progreso in Panama, USGS said.

There were no immediate reports of damage or casualties, but US seismologists said the disaster was “potentially widespread,” with the USGS website pointing out that “past events with this alert level have required a regional or national level response”.

“Estimated economic losses are 0-4% GDP of Panama,” the website said.

According to the National Seismological Network (RSN) in Costa Rica, the quake struck at 0523 GMT on Wednesday (11.23 p.m. Tuesday) with its epicenter located 11 kilometers east of the Panamanian border town of Puerto Armuelles.

The tremor was felt in Costa Rica’s capital San Jose and in many parts of the Central American country, according to initial reports, but the national tsunami warning system said there was no risk of a tsunami.

In November 2017 a 6.5-magnitude quake on the Pacific coast of Costa Rica caused buildings to sway in San Jose and contributed to the deaths of two people who had heart attacks.

In a move to combat the looming financial crisis caused by the novel coronavirus, United States senators and officials from the Donald Trump administration finalised a $2 trillion package. White House official Eric Ueland declared that a deal has been finally reached and it will soon be released for aiding various services and sectors that […]

Seven South American countries have agreed on measures to protect the Amazon river basin, amid concerns over fires in the world’s largest tropical forest. Bolivia, Brazil, Colombia, Ecuador, Guyana, Peru and Suriname signed a pact, setting up a disaster response network and satellite monitoring, the BBC reported on Friday. At a summit in Colombia, they […]