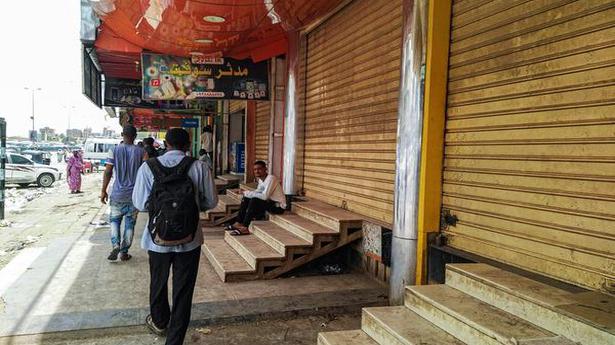 Sudan’s military and opposition groups have agreed to resume talks on the formation of a transitional council, an Ethiopian envoy said on Tuesday, as an opposition alliance said that it was suspending its civil disobedience campaign and strikes.

The steps appeared to show a softening of positions after talks between the two sides collapsed following the violent dispersal of a sit-in protest on June 3.

The crackdown, in which over 110 people were killed, dealt a big setback to hopes of a transition towards democratic elections following the overthrow of veteran leader Omar al-Bashir in April. The discussions over the control of the sovereign council that would oversee a three-year transition towards elections came to a standstill.

The Declaration of Freedom and Change Forces alliance on June 9, Sunday began an open-ended strike that brought much activity in Khartoum to a standstill.

The alliance said in a statement that it would suspend the strike from Wednesday until further notice, though it encouraged people to remain mobilised for possible further action.

Opposition leader Khaled Omar struck a cautious note, saying in comments to Al Hadath TV that the suspension of the campaign was not tied to any specific political developments.

Yasir Arman, one of the three officials from the Sudan People’s Liberation Movement-North rebel movement,who were detained and then deported to South Sudan after the breakdown of talks, said that the military council did not want to cede power.

“My experience in Khartoum is that the military council wanted to divide the oppositions, to have a deal with them that will keep them in power,” Mr. Arman told Reuters in Juba a day after saying that he had been tied up and flown out of Khartoum on a military helicopter.

Stability in the nation of 40 million people is crucial for a volatile region struggling with conflict and insurgencies from the Horn of Africa to Egypt and Libya.

The bloodshed in Sudan has prompted concern from world powers including the United States, which announced on Monday that it was sending its senior diplomat for Africa to Khartoum this week to push for a resumption of talks.

In a statement on Tuesday, the United Nations Security Council called on all parties “to continue working together towards a consensual solution to the current crisis.”

While the military council has been bolstered by support from Saudi Arabia, the United Arab Emirates and Egypt, the UAE’s Minister of State for Foreign Affairs said on Tuesday that his country was in contact with both sides and was seeking “a smooth organised political transition”.

Coronavirus pandemic: Schools in UK to open in September after months of lockdown

Coronavirus pandemic: Schools in UK to open in September after months of lockdown Source: indiatoday.in Related

14 dead as plane with 100 on board crashes in Kazakhstan

A Bek Air plane with 95 passengers and five crew members on board crashed near the city of Almaty in Kazakhstan on Friday shortly after taking off, killing at least 14 people, authorities in the Central Asian country said. The Fokker 100 aircraft was heading for the capital, Nur-Sultan, and “lost altitude during take-off and […]

After his indictment, the trial against Mumbai attack mastermind Hafiz Saeed in the terror-financing case could not be kicked off for the third consecutive day on Saturday because of a country-wide strike by lawyers. Saeed, who has been indicted along with three close aides in terror financing case, could not be produced before the Anti-terrorism […]