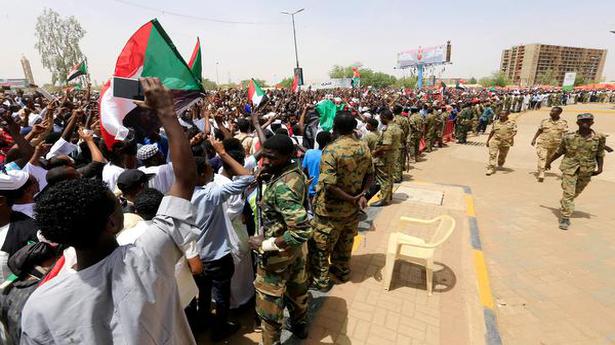 Tensions are rising in Sudan after talks broke down between protesters and the country’s military rulers who earlier in April ousted President Omar al-Bashir after months of street protests against his rule.

Large crowds lit up the night sky with their cellphones, singing and chanting as protest leaders delivered fiery speeches in the capital, Khartoum, on Sunday night.

The protest organizers the Sudanese Professionals Association said they suspended talks with the ruling military council because it failed to meet their demands for an immediate transfer to a civilian government.

The protesters fear the military intends to cling to power or put another general in charge.

Qurashi Diefallah, a protester, said they’re disappointed because the army is “just an extension of the regime which stole 30 years from us.”

Boris Johnson vowed on Sunday he would not quit as Britain’s Prime Minister even if he fails to secure a deal to leave the European Union, saying only his Conservative government can deliver Brexit on October 31. At the beginning of his party’s annual conference in the northern city of Manchester, Mr. Johnson wants to […]