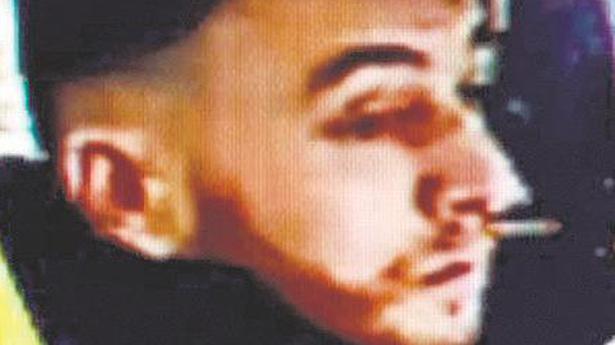 Dutch Prime Minister Mark Rutte on Monday convened crisis talks, saying he was deeply concerned about the shooting incident, which came three days after a lone gunman killed 50 people in mass shootings at two mosques in the city of Christchurch, New Zealand.

“Our country has today been shocked by an attack in Utrecht… A terrorist motive cannot be excluded,” Mr. Rutte said in a statement to the media.

“The first reports have led to disbelief and disgust. Innocent people have been struck by violence… We are now doing everything we can to find the perpetrator or perpetrators as soon as possible. That is now our complete focus.”

The Mayor of Utrecht, Jan van Zanen, said three people had been killed and nine injured, three of them seriously, in the tram incident.

Dutch police identified the suspect as Turkish-born Gokmen Tanis. They issued an image of Tanis and warned the public not to approach him. They gave no further details.

Local broadcaster RTV Utrecht said the suspect had a long history of run-ins with the police for both minor and major crimes, including a shooting in 2013. Police spokesman Joost Lanshage, citing the investigation, declined to comment on the reports that Gokmen had a criminal record.

The shooting took place in Kanaleneiland, a quiet residential district on the outskirts of Utrecht with a large immigrant population.

The Algemeen Dagblad newspaper, quoting a witness of the incident, said the gunman had targeted a woman on the tram and then shot other people who had tried to help her.

Dutch television showed counterterrorism units surrounding a house in Utrecht, but there was no official confirmation that the gunman might be inside.

Utrecht, the Netherlands’ fourth largest city with a population of around 3,40,000, is known for its picturesque canals and large student population.

Measures taken by German officials to slow the spread of the coronavirus (COVID-19) are starting to show effect, Lothar Wieler, the president of Robert Koch Institute (RKI), for disease control said on Friday. He stressed that restrictions on public life “need to be maintained.” He explained that each person who had caught the virus was […]

Wildfires raging in the Amazon rainforest have hit a record number this year, with 72,843 fires detected so far by Brazil’s space research center INPE, as concerns grow over right-wing President Jair Bolsonaro’s environmental policy. Editorial | On protecting Amazon rainforest The surge marks an 83% increase over the same period of 2018, the agency […]