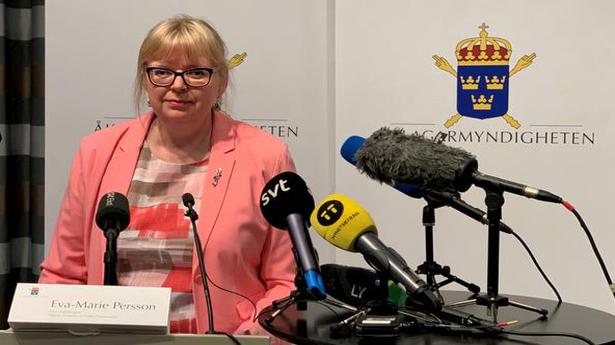 Sweden reopened an investigation into a rape allegation against WikiLeaks founder Julian Assange on Monday and will seek his extradition from Britain, potentially delaying efforts by the United States to bring him to its courts to face trial over a huge release of secret documents.

Deputy Chief Prosecutor Eva-Marie Persson said at a news conference she would continue a preliminary investigation that was dropped in 2017 without charges being brought because Mr. Assange had taken refuge in the Ecuadorean embassy in London.

Mr. Assange was arrested in Britain last month after spending seven years hiding in the embassy.

The U.S. is seeking his extradition on conspiracy charges relating to the public release by Wikileaks of a cache of secret documents, including assessments of foreign leaders, wars and security matters.

The Swedish prosecutor said it would request Mr. Assange be detained in his absence on probable cause for an allegation of rape and that it would issue a European arrest warrant — the process under which his extradition would be sought.

The 47-year-old Australian — who denies the allegations — is currently in a London prison serving 50 weeks behind bars for jumping bail when he fled to the Ecuadorean embassy in 2012.

The decision to reopen the investigation poses the question of whether Mr. Assange will be moved to Sweden or to the U.S.

“I am well aware of the fact that an extradition process is ongoing in the U.K. and that he could be extradited to the U.S.,” Ms. Persson said.

A British judge has given the U.S. government a deadline of June 12 to outline its case against Mr. Assange.

The statute of limitation for rape in Sweden is 10 years — a deadline which would be reached in mid-August next year for the alleged incident involving Mr. Assange, leaving prosecutors pressed for time should they decide to file any formal charge.

“Everything depends on how this will be handled by the British authorities and courts,” said Mark Klamberg, a professor of international law at the Stockholm University.

“There is a possibility, or risk depending on how you see it, that this is going to take a long time,” he said, adding that a U.S. extradition of Mr. Assange would likely rule out him being tried in Sweden due to the statute of limitation.

Mr. Assange’s supporters cast him as a dissident facing the wrath of a superpower over one of the largest compromises of classified information in U.S. history.

Responding to the reopening of the Swedish investigation, WikiLeaks said it would give Mr. Assange a chance to clear his name.

“Since Julian Assange was arrested on 11 April 2019, there has been considerable political pressure on Sweden to reopen their investigation, but there has always been political pressure surrounding this case,” Kristinn Hrafnsson, WikiLeaks’ editor-in-chief, said in a statement.

“Its reopening will give Julian a chance to clear his name.”

If convicted in Sweden, Mr. Assange could face a prison sentence of up to four years.

Per Samuelson, a Swedish lawyer for Assange, told public service broadcaster the decision to reopen the case was “embarrassing for Sweden”.

“How that will happen now, I don’t know. He has his hands full with, for him, much more important issues, namely avoiding being extradited to the U.S.”

The British courts will have to rule on any extradition request and Home Secretary Sajid Javid would decide which one takes precedence once Swedish prosecutors file theirs.

“In the event of a conflict between a European Arrest Warrant and a request for extradition from the U.S., the U.K. authorities will decide on the order of priority,” a Swedish prosecutor’s statement said.

North Korean state media on Sunday showed leader Kim Jong Un observing live-fire drills of long-range multiple rocket launchers and what appeared to be a new short-range ballistic missile, a day after South Korea expressed concern that the launches were a violation of an inter-Korean agreement to cease all hostile acts. Pyongyang’s official Korean Central […]

Oracle Corp said on Wednesday Chief Executive Officer Mark Hurd would be taking a medical leave, and the business software maker posted first-quarter revenue that missed Wall Street expectations. The company’s shares were down 2% in extended trading. Mr. Hurd is one of Oracle’s two CEOs, the other being Safra Catz. Under their tenure, the […]

Pakistan’s self-exiled former dictator Pervez Musharraf on Thursday challenged in the Supreme Court a special tribunal’s verdict that found him guilty of high treason and handed him a death sentence, according to a media report. The Pakistan Muslim League-Nawaz (PML-N) government led by former prime minister Nawaz Sharif had filed the treason case against the […]