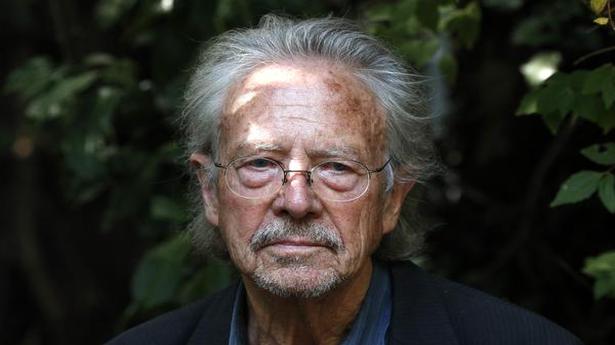 The Swedish Academy has defended its decision to award the 2019 Nobel Prize for Literature to Austrian writer Peter Handke, saying he had made provocative comments but had not supported bloodshed.

Handke’s prize has attracted criticism, including from survivors of the 1995 Srebrenica massacre who have called for the academy to revoke the 9 million Swedish crown ($930,000) award it announced last week.

In 2006, Mr. Handke spoke at the funeral of late Serbian leader Slobodan Milosevic, who died while in detention awaiting trial at the U.N. war crimes tribunal in The Hague for his role in the wars in Balkans in the 1990s.

Mr. Handke also voiced support for Bosnian Serb leaders Radovan Karadzic and Ratko Mladic, who were convicted of genocide for the killing of more then 8,000 Muslim men and boys in the United Nations protected enclave of Srebrenica.

In an article published in the Swedish daily Dagens Nyheter, Mats Malm, the head of the Swedish Academy, accepted that Mr. Handke had made “provocative, unsuitable and unclear comments in political questions”.

But he said the author of “The Goalie’s Anxiety at the Penalty Kick” and “Slow Homecoming” had not glorified bloodshed and had clearly condemned the Srebrenica massacre.

“The Academy … has not found anything in his writing that constitutes an attack on civil society or on the respect for the equality of all people,” Mr .Malm wrote.

The Academy quoted an article from 2006 in the German newspaper Suddeutsche Zeitung in which Mr. Handke said the Srebrenica massacre was the worst crime against humanity in Europe since Word War Two.

The Academy was forced to postpone the 2018 Literature prize after a scandal that led to the husband of one member being convicted of rape.

Albanian Prime Minister Edi Rama has accused the Academy of “diminishing the value of the prize” by awarding it to Mr. Handke and “wading into yet another scandal that will tarnish its reputation for decades to come.”

The Academy’s decision has been widely criticised in Albania and Kosovo, where an estimated 10,000 ethnic Albanians were killed and almost 1 million put to flight during a 1998-99 war waged by forces under Milosevic.

Munira Subasic, president of the Mothers of Srebrenica association which represents survivors of the 1995 massacre, told Reuters the Swedish Academy’s decision was “shameful”.

A suspected Russian airstrike has hit a displaced people’s gathering in a town in Syria’s last rebel enclave, killing at least 13, including a number of children, activists and a war monitor said. The Britain-based Syrian Observatory for Human Rights said the strike, suspected to have been carried out by Russian aircraft on Friday, hit […]

Iraqi Prime Minister-designate Mohammed Allawi withdrew his candidacy for the post on Sunday, accusing political parties of obstructing him, deepening a domestic crisis and threatening an unprecedented power vacuum. His move came hours after parliament failed for the second time in a week to approve his cabinet amid political infighting in the oil producer, where […]

A Maryland man accused of planning an Islamic State-inspired attack at a shopping and entertainment complex near Washington, D.C., was indicted Wednesday on a terrorism-related charge, five months after his arrest. A federal grand jury indicted Rondell Henry, 28, of Germantown, on a new charge of attempting to provide material support to a foreign terrorist […]