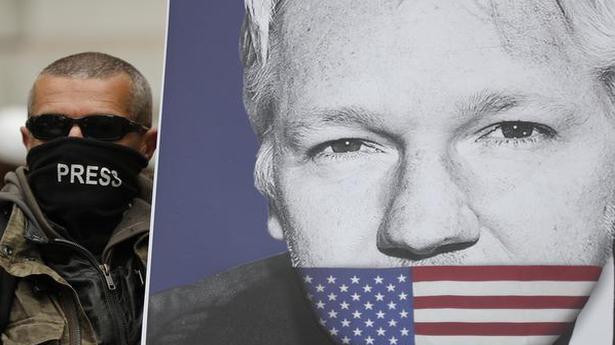 A Swedish court on Monday rejected a request to detain whistleblower Julian Assange over a 2010 rape case, complicating the prosecutor’s efforts to request his transfer from Britain.

The court said it shared the prosecutor’s opinion that Mr. Assange was suspected of rape and “that there is a risk that [he] will fail to appear or in some other way avoid participation in the investigation”.

But it ruled in favour of Mr. Assange’s lawyer and said a detention order was not “proportionate,” given that he is imprisoned in Britain and the prosecution could therefore proceed with the investigation in other ways.

Swedish deputy director of public prosecutions Eva-Marie Persson had asked the court to order Mr. Assange’s detention in his absence, a standard part of Swedish legal procedure if a suspect is outside the country.

Donald Trump accused his former lawyer of perjury on Friday, saying Michael Cohen’s scathing testimony to Congress this week contradicted a manuscript he wrote last year that complimented the U.S. President. “Wow, just revealed that Michael Cohen wrote a ‘love letter to Trump’ manuscript for a new book that he was pushing,” Mr. Trump tweeted […]

There should be a common regional strategy in the fight against COVID-19: Maldivian Foreign Minister

Where Afghans fight each other

“The situation here is not good. Actually, this place is never considered as safe”, said Mir Suleiman, a teacher from the northern Afghan province of Baghlan. He grew up in an area called “the factory”, which is named after an sugar plant that has been built in the 1940s near Pol-e Khomri, the provincial capital. […]