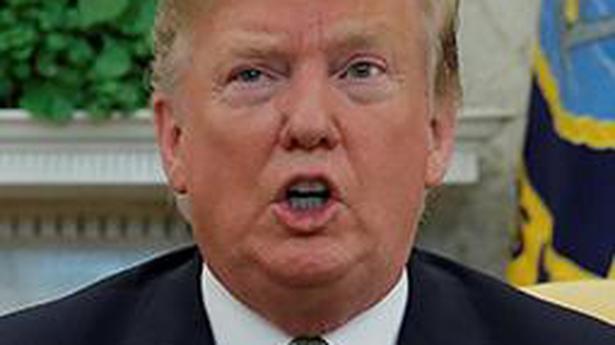 A Foreign Ministry statement on Friday said that Trump’s comments confirm “the blind bias of the United States to the Zionist entity,” referring to Israel.

It added that Trump’s statement won’t change “the fact that the Golan was and will remain Arab and Syrian.”

Mr. Trump’s announcement the day before was a major shift in American policy and gives Israeli Prime Minister Benjamin Netanyahu a political boost a month before elections.

The administration has been considering recognizing Israel’s sovereignty over the strategic highlands, which Israel captured from Syria in 1967, for some time and Mr. Netanyahu had pressed the matter with visiting Secretary of State Mike Pompeo this week.

Pakistan was not under “pressure” or “any compulsion” to release Indian pilot Abhinandan Varthaman, Foreign Minister Shah Mehmood Qureshi said on Saturday, a day after the IAF Wing Commander returned home. India has been maintaining that the Pakistani decision is in consonance with the Geneva Conventions. Pakistan was under intense pressure from the US, the […]

Australia goes to the polls on May 18 with taxes, climate change as major issues

Australians will go to the polls in a general election on May 18, Prime Minister Scott Morrison said on Thursday, firing the starting gun on a campaign expected to be fought over taxation, climate change and inequality. Mr. Morrison led his confident pitch to voters with his economic credentials, but his conservative coalition governs in […]

Taiwan passed a controversial bill on Tuesday aimed at countering China’s influence on the self-ruled island, less than two weeks before it goes to the polls to elect a new President. The “anti-infiltration Bill” pushed by President Tsai Ing-wen’s Beijing-sceptic ruling party became law despite strong objection from the Opposition Kuomintang (KMT) party. It bans […]