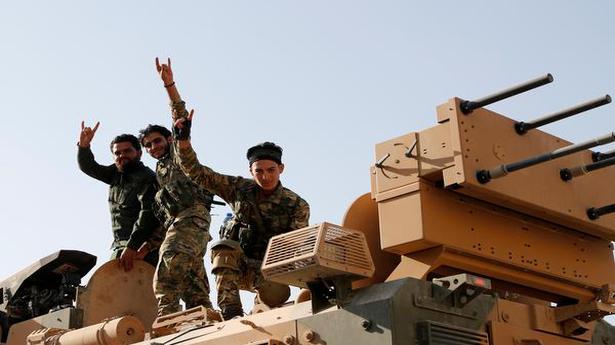 Syrian army troops entered the town of Tel Tamer in northeastern Syria, state media reported on Monday, after Damascus reached an agreement with the Kurdish-led forces controlling the region to deploy into the area to counter an attack by Turkey.

Tel Tamer is on a strategically important highway, the M4, that runs east to west. Turkish forces said they had seized the highway on Sunday. Tel Tamer is 35 km (20 miles) southeast of Ras al Ain, one of the focal points of the Turkish assault.

US President Donald Trump has stirred a debate over the impartiality of the World Health Organisation (WHO) accusing it of being too China-centric and thus failing to stop novel coronavirus pandemic. Trump went on to stop the US’s fund to the WHO. The US has been the biggest contributor to the WHO purse, which has […]

Well-wishers are gathering along a central Tokyo street hours before Emperor Naruhito and Empress Masako are expected to greet them from a royal motorcade under tight security. Police have set up 40 security checkpoints. Selfie sticks, bottles and banners and even shouting are not allowed inside the restricted zone. Emperor Naruhito succeeded his father Akihito […]

China on Saturday announced plans to build a second hospital within half a month to treat more cases of the deadly coronavirus as the fast spreading virus continues to wreak havoc in the country and abroad with 41 people dead and more than 1,300 infected, dampening the Chinese New Year celebrations. The confirmed cases for […]