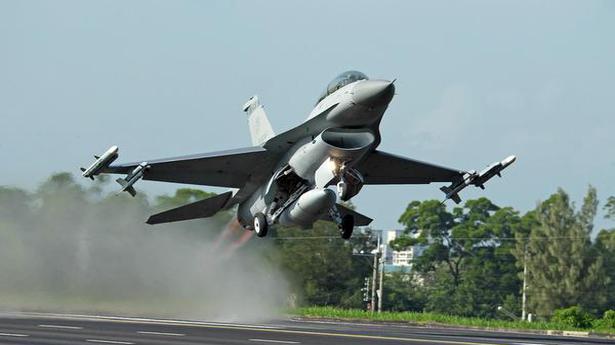 The plane’s disappearance follows the crash of an F-5E fighter during a training mission last month, killing the pilot.

The defense ministry said the single-seater plane fell off radar screens about two minutes after taking off on Tuesday evening and that the fate of the pilot was unknown.

A massive air and sea search has been ordered in the area surrounding the air base in the eastern city of Hualien along the Pacific coast.

The plane’s disappearance follows the crash of an F-5E fighter during a training mission last month, killing the pilot.

The incidents come as Taiwan’s air force is under greater pressure to respond to incursions by warplanes from China, which claims Taiwan as its own territory to be brought under its control by force if necessary.

Taiwan purchased the F-16s from the United States, its chief ally, in the 1990s and has been upgrading its existing models along with ordering the latest version of the versatile jet.

Volkswagen, the biggest foreign automaker in China, said on Friday that China’s overall auto production could be interrupted after the COVID-19 pandemic disrupted chip supplies globally for some electronic components. (Subscribe to our Today’s Cache newsletter for a quick snapshot of top 5 tech stories. Click here to subscribe for free.) A shortage of chips […]

The American India Foundation (AIF) said it has tied up with the World Central Kitchen (WCK) for organising the meals. Source: thehindu.com Related

The Pentagon has said that the U.S. military carried out strikes against Iran-backed military group in Iraq and Syria, two days after a rocket attack on an Iraqi base leading to the death of an American civilian contractor. U.S. forces have conducted “precision defensive strikes” against three Kata’ib Hezbollah (KH) facilities in Iraq and two […]