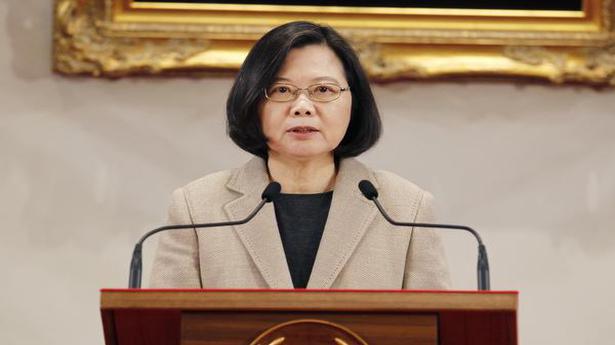 Taiwanese President Tsai Ing-wen says her government has asked to purchase new fighter jets and tanks from the US.

If approved, the purchase could set off new tensions between the US and China, which considers Taiwan its own territory to be annexed by force if necessary. Speaking during a visit to Hawaii on Wednesday, Ms. Tsai said requests have been submitted for F-16V fighters and M1 tanks.

She said the addition of the new weaponry would “greatly enhance our land and air capabilities, strengthen military morale, and show to the world the US commitment to Taiwan’s defence.”

The US is Taiwan’s main supplier of defensive weapons, despite the lack of formal diplomatic ties.

Ms. Tsai’s unofficial Hawaii visit comes at the end of a trip to three of Taiwan’s Pacific Island allies.

Russian President Vladimir Putin believes the global pandemic is an opportunity for his country to work together with the U.S., the Kremlin has said. “President Putin believes this pandemic is the time to help each other,” Kremlin spokesman Dmitry Peskov said after U.S. President Donald Trump offered to send ventilators to Russia. “This is very […]

Al-Qaeda “remains resilient” and continues to cooperate closely with Pakistan-based terror outfits like Lashkar-e-Taiba (LeT) and the Haqqani Network, but the health of its leader Aiman Muhammed al-Zawahiri and how the succession will work are in doubt, according to a UN report. This was revealed in the 24th report of the Analytical Support and Sanctions […]

He was offensive about other religions, happy he’s dead: Sister of Sri Lanka bombings mastermind

The sister of one of the suspected suicide bombers involved in plotting the searial blasts in Sri Lanka said her brother was offensive about other religions and would often spew venom in his speeches since he was a teenages. Suspected bomber Zahran Hashim’s sister criticised him for his extemist views and said that she is […]