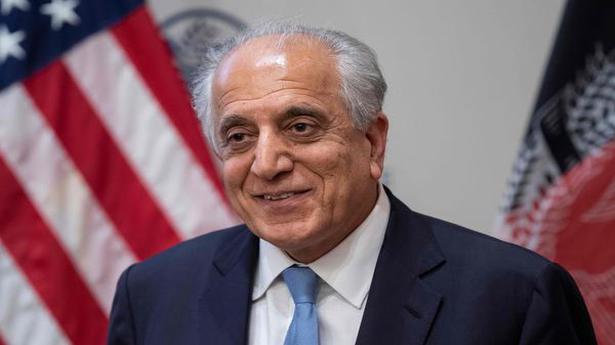 The Taliban denied on Friday that it was discussing a ceasefire and dialogue with the Kabul government during ongoing talks with the U.S. in Doha, contrary to statements from Washington. “This phase is about fleshing out the details of the two issues… the withdrawal of all occupying forces from Afghanistan and not allowing” the country to be used as a base for international militancy, Taliban spokesman Zabihullah Mujahid said.

He described them as “external” aspects of the 17-year conflict. “Other issues that have an internal aspect and are not tied to the United States… have not been held under discussion.”

On Tuesday, U.S. State Department spokesman Robert Palladino had affirmed the opposite. “What we’re focussing on are the four interconnected issues that are going to compose any future agreement,” Mr. Palladino said — listing them as “terrorism”, “troop withdrawal”, “intra-Afghan dialogue” and “ceasefire”. He said progress was being made.

The latest round of talks, believed to be among the longest held between Washington and the militants, began on February 25 in the Qatari capital.

The talks have already been paused at least once for two days, and the Taliban said on Friday that they were again being suspended for a day, due to resume on Saturday. It is not clear how much longer they will go on for.

In probably the first of its kind judgment, a Pakistani court has nullified the marriage of a minor Hindu girl, who was converted to Islam and married to a Muslim man in the country’s Sindh province. Mehak Kumari, a Class IX student, was allegedly abducted from Jacobabad district on January 15 by Ali Raza Solangi, […]

President Donald Trump marked the 60th anniversary of the signing of the security treaty between the United States and Japan with a call for a stronger and deeper alliance between the two countries, despite criticising the pact six months ago. “As the security environment continues to evolve and new challenges arise, it is essential that […]