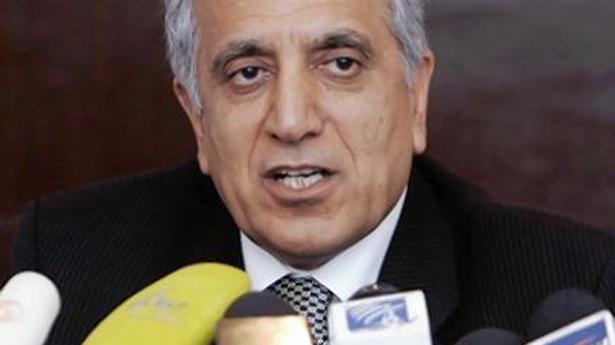 Describing the ongoing talks with the Taliban in Doha as an “incredibly complicated” negotiation, US Secretary of State Mike Pompeo has hoped that there is sufficient progress in the deliberations for him to travel in the next couple of weeks to move it further.

The United States was trying to “find pockets” where there was “sufficient agreement” that everyone could begin to move forward, Mr. Pompeo told a farmers’ gathering in Iowa on Monday, at a time when Special US Envoy Zalmay Khalilzad and his team was holding talks with the Taliban in Qatar’s capital.

“I have a team on the ground right now trying to negotiate with the Taliban terrorists in Afghanistan, trying to find a way to achieve an Afghanistan that’s not at war, that’s not engaged in violence, that doesn’t present a threat to the United States of America, that will respect the fundamental basic rights for every Afghan citizen — women, children — across the full spectrum,” he said.

Mr. Pompeo was responding to a question from farmers after his address at the “Future Farmers of America” event in Iowa.

“That is a complicated problem, and if you add in the regional players — Afghanistan, Pakistan, India, China, Russia, all who have an interest in Afghanistan — it’s an incredibly complicated negotiation,” he asserted.

At the same time, he said Mr. Khalilzad, who was leading American efforts in this regard, was on the ground, trying to “find pockets where there’s sufficient agreement that everyone can begin to move forward, take all the various complex pieces and bring them together” to hopefully get an agreement.

Mr. Pompeo said the Afghan agreement would be “based on fundamental understandings about different interests and incentives” that the parties had so that this agreement would hold and stay.

“In this case, if we could do this, if we could pull off a resolution in Afghanistan, boy, the good that we could do for the world. I hope Ambassador Khalilzad makes progress,” he said.

“I am hoping he [Khalilzad] makes enough progress and I can travel there in a couple weeks and help move it along a little bit myself,” Mr. Pompeo said.

At least four barbers were detained in Pakistan’s Khyber Pakhtunkhwa province for styling their customer’s beard despite a ban imposed by a local traders union that termed it un-Islamic, according to a media report. The incident happened on September 30 and came into limelight after a video of the detention went viral on social media, […]

2,500 unaccounted for in hurricane-hit Bahamas: official

Some 2,500 people are unaccounted for in the Bahamas following Hurricane Dorian, the Bahamian National Emergency Management Agency (NEMA) said on Wednesday. NEMA spokesman Carl Smith told reporters that some of the missing people may eventually be located. “At this point, there are approximately 2,500 individuals registered on the Bahamian government register (of missing people),” […]