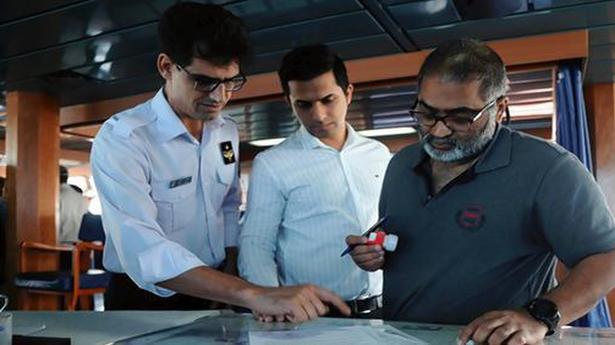 The British-flagged oil tanker Stena Impero docked in Dubai on Saturday after sailing from the Iranian port of Bandar Abbas where it was held for more than two months, according to pool footage and a tracking website.

The vessel docked at Port Rashid in Dubai on Saturday after halting off the coast overnight, according to data from ship tracking website MarineTraffic.com.

Pool reporters at the commercial port confirmed the ship had moored, while video images showed the Swedish owned vessel docked and surrounded by several small boats, including at least one flying the United Arab Emirates flag.

The ship’s seizure back in July was widely seen as a tit-for-tat move after authorities in the British overseas territory of Gibraltar detained an Iranian tanker on suspicion it was shipping oil to Syria in breach of EU sanctions. Tehran repeatedly denied the cases were related.

The Stena Impero sailed from Iran and into international waters of the Gulf on Friday morning, according to local authorities.

Photos released by the Iranian agency Fars News on Saturday showed the black and red-hulled tanker sailing from Bandar Abbas in southern Iran the previous day.

The images also showed the captain apparently signing the ship’s release documents before it left port, and the crew — dressed in red overalls and safety gear — lifting anchor ahead of the journey.

Pope Francis began his Sunday by giving thanks for the five new saints canonized at the beginning of Mass in St. Peter’s Square. But one errant hashtag had him sending his 18 million-plus Twitter followers thanks to the New Orleans Saints, instead. “Today we give thanks to the Lord for our new #Saints. They walked […]

The disagreement highlights the split between Mr. Guedes, who is struggling to keep Brazil’s fiscal deficit under control, and a president whose popularity and re-election chances have risen Source: thehindu.com Related

As of Friday, the treaty had 49 signatories, and UN officials said the 50th ratification from Honduras had been received. Source: thehindu.com Related