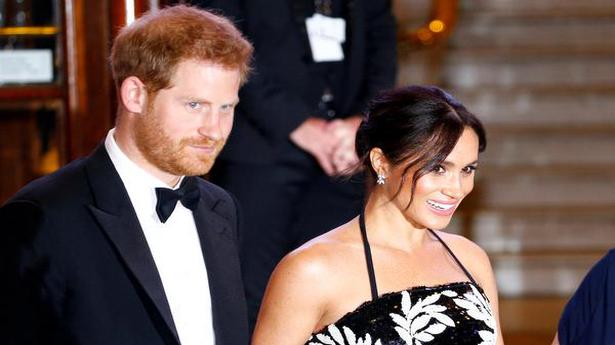 Talk about being born with a silver spoon in your mouth: the royal baby of Prince Harry and Meghan Markle will have a particularly glittery one.

And U.S. tax authorities will be keen to know how much that utensil is worth.

That’s because the baby will have dual nationality: British because of his father and U.S. from his American mother, whose official title is the Duchess of Sussex.

“When one of the parents is American and has resided in the U.S. for five years with at least two after the age of 14, the baby is automatically a citizen,” said David Treitel, founder of American Tax Returns, a consultancy for U.S. expatriates living in Britain.

“This is the case with Meghan,” said Mr. Treitel, noting this case is a first in the British royal family.

U.S. nationality comes with a bevy of restrictive conditions: like any American who is born, grows up and dies anywhere in the world, year after year Meghan and Harry’s child will have to show the Internal Revenue Service his or her tax status is clean.

From the moment of birth, money deposited in banks by the royal parents — eager to ensure a bright future for their progeny — must be duly reported to the tax man.

The same would apply to money that comes in if mom and dad decide, say, to have the child follow in the footsteps of his ex-actress mother to become a star on TV or in movies.

Forget about privacy, said Mr. Treitel. The IRS will “get to know a lot more about the couple’s wealth” through the tax returns of the couple and their mother. “A lot more information is gonna get to the U.S.,” he added.

To wit: the IRS will demand that any valuable gifts from non-Americans to Prince Harry and Meghan’s child — and he will be feted, won’t he? — also be declared as assets.

“Imagine the queen giving the baby some nice beautiful book of art from the royal collection, with paintings by Van Gogh or Miro. If this gift if worth more than $100,000, it is reportable,” said Mr. Treitel.

However, baby shower gifts that Markle received recently in New York will not have to be declared if they came from fellow Americans, the expert said.

And although the baby and the mother will have to present forms that will be very time-consuming for their accountants, they may still not have to pay a lot in tax: these may be offset by duties paid in Britain, tax specialist Laura Saunders told The Wall Street Journal.

U.S. tax authorities’ efforts to keep a close watch on American expatriates can have serious consequences for people whose sole link to America is that they were simply born there.

Such is the case of so-called “Accidental Americans” — such as thousands of people in France who automatically received U.S. citizenship because they were born in the US but left America as little kids and no longer have any links whatsoever to the country.

Since the adoption of the Foreign Account Tax Compliance Act in 2010, which replaced the criterion of nationality with that of tax domicile, these people are obliged to report their income to U.S. tax authorities and in some cases actually cough up some money.

Many of these people left the U.S. when they were very young. The Association of Accidental Americans that brings them together asked President Donald Trump last year to find a solution to their quandary.

Their status can be a touchy subject. If they refuse to play ball with the U.S. tax authorities, their banks at home can be sanctioned. So these institutions can refuse them services like bank accounts and mortgages.

To a lesser extent, the British royal family cannot dodge its U.S. tax obligations either: a flawed tax return can trigger hefty fines.

But there is a solution to avoid headaches for the royal couple’s accountants: Meghan can renounce her U.S. citizenship. However, even if she does that, tax returns would still have to be filed for the child until age 18.

U.S. Senator Elizabeth Warren, the liberal firebrand who emerged as a top Democratic contender for the White House on the strength of an anti-corruption platform backed by a dizzying array of policy proposals, ended her campaign on March 5, the New York Times reported, citing a source close to her. A former bankruptcy law professor […]

A top Pakistani court on Saturday granted bail on medical and humanitarian grounds to jailed former prime minister Nawaz Sharif in the Al-Azizia steel mills corruption case, a day after he suffered a minor heart attack while undergoing treatment at a Lahore hospital. The 69-year-old Pakistan Muslim League-Nawaz (PML-N) supremo was rushed to the Services […]

A fast-moving scrub fire threatened orchards, oil fields and homes while displacing thousands of residents in Southern California on November 1, even as diminishing winds helped fire crews tame a rash of wildfires elsewhere across the state. The latest in a spate of conflagrations that have kept California firefighters on the go for weeks roared […]