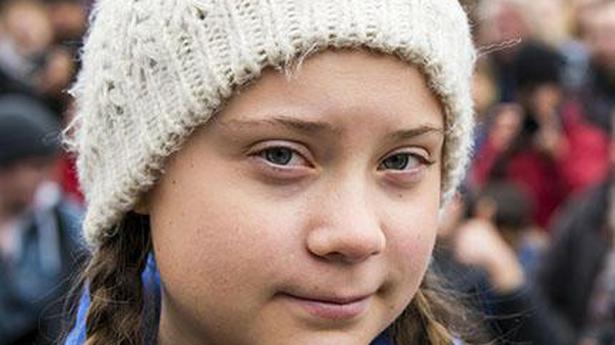 Three Norwegian lawmakers have nominated Swedish teen activist Greta Thunberg, who has become a prominent voice in campaigns against climate change, for the Nobel Peace Prize.

Freddy Andre Oevstegaard and two other members of the Socialist Left Party said they believe “the massive movement Greta has set in motion is a very important peace contribution.”

Ms. Thunberg has encouraged students to skip school to join protests demanding faster action on climate change, a movement that has spread beyond Sweden to other European nations.

Any national lawmaker can nominate somebody for the Nobel Peace Prize.

The protests have seen tens of thousands of school students spill out into the streets in Germany, Belgium, Britain and France.

On Friday, however, classrooms are set to empty in over 100 countries, covering major cities from Boston to Bogota, Montreal to Melbourne, Dhaka to Durban, Lagos to London. “We are only seeing the beginning,” Ms. Thunberg, who has turned 16, said in a tweet.

A New York-based advice columnist claims Donald Trump sexually assaulted her in a dressing room at a Manhattan department store in the mid-1990s, according to a first-person account published on Friday by New York magazine. Mr. Trump denied the allegations and said, “I’ve never met this person in my life.” The allegation against Mr. Trump […]

The recommendation is part of a draft resolution jointly conceived by Australia and the European Union Source: thehindu.com Related