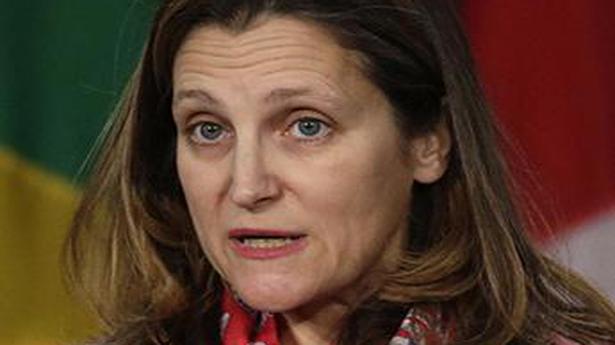 Canada’s Foreign Minister on Sunday deplored the “terrible news” that 18 Canadian nationals were among the 157 people killed in the crash of an Ethiopian Airlines jetliner.

“Terrible news from Addis Ababa this morning,” Foreign Minister Chrystia Freeland said on Twitter. “My heartfelt condolences to all those who have lost loved ones.”

She said the Ottawa government was in “close contact” with Ethiopian authorities to gather more information. The Nairobi-bound Boeing 737 crashed minutes after an early-morning take-off on Sunday from Addis Ababa.

The crash came on the eve of a major assembly in Nairobi of the UN Environment Program, but that agency did not say whether any delegates were on the plane. State-owned Ethiopian Airline, Africa’s largest carrier, had taken delivery of the Boeing 737-800 MAX plane only on November 15.

Brazil’s government confirmed on Wednesday that a 61-year-old Brazilian man who travelled to Italy this month has Latin America’s first confirmed case of the contagious new coronavirus. “We will now see how this virus behaves in a tropical country in the middle of summer,” Health Minister Luiz Henrique Mandetta said. The Brazilian man spent two […]

China gears up for ‘strategic period’

They are to exchange 1,081 prisoners over two days Source: thehindu.com Related