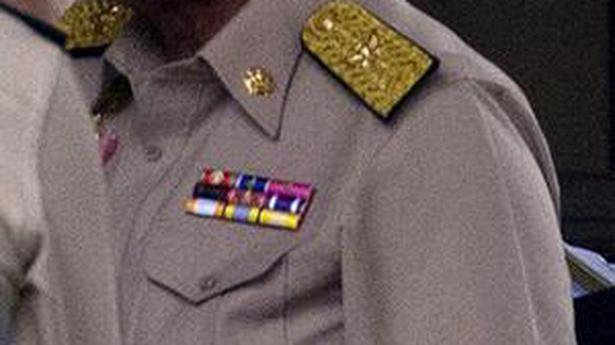 Thailand’s first general election since a military coup five years ago was thrown into disarray on Monday as two Opposition parties alleged cheating and the Election Commission said it could be weeks until the make-up of Parliament becomes clear.

Confusion over the outcome of Sunday’s election raised the spectre of a protracted struggle to form a government, spoiling hopes of a clear-cut result that could have ended 15 years of political turmoil in Southeast Asia’s second-largest economy.

Both the pro-Army party seeking to keep coup leader Prayuth Chan-o-cha on as Prime Minister and the Opposition party linked to self-exiled former premier Thaksin Shinawatra claimed they would command enough parliamentary seats to form a coalition government.

The pro-Thaksin Pheu Thai party said it was considering a legal challenge over what it said were poll irregularities after partial results showed Mr. Chan-o-cha’s Palang Pracharat party with an unexpected lead in the popular vote.

The strong early showing for Palang Pracharat increased the likelihood that Mr. Chan-o-cha, who was Army chief when he overthrew a Pheu Thai government in 2014, would stay in power, although that outcome was not certain.

“There are irregularities in this election that we’re not comfortable with. These affect the nation’s credibility and people’s trust,” said Sudarat Keyuraphan, candidate for prime minister of the Pheu Thai Party.

Mr. Shinawatra wrote an opinion piece headlined “The Election in Thailand Was Rigged” in The New York Times on Monday. “I knew that the junta running Thailand wanted to stay in power, but I cannot believe how far it has gone to manipulate the general election on Sunday,” he wrote.

Earlier on Monday, Election Commission official Nat Laosisawakul blamed delays and irregularities in results on ”human error” and said a full count of the vote would be released on Friday. “We have nothing to hide,” he said.

China on Friday announced that the financial model for funding projects under its flagship Belt and Road Initiative (BRI) had been revamped, countering criticism that its mega-connectivity undertaking was opening “debt traps” for enhancing its geopolitical influence. “We have also formulated guiding principles of financing the development of the Belt and Road and published debt […]

The protests that have been on in Hong Kong in full swing since in mid-June were sparked by widespread opposition to a now-shelved extradition bill which would have allowed extradition to mainland China. These protests have brought into focus the “one country, two systems” deal under which Hong Kong is governed. When Hong Kong was handed over […]