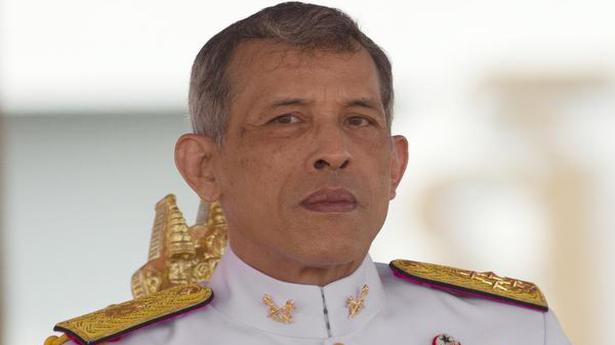 Thailand began rituals on Saturday for the coronation of King Maha Vajiralongkorn next month, with officials collecting water in ceremonies across the country for use in purification rites.

The elaborate coronation for King Vajiralongkorn will take place over three days, from May 4 to 6, in the capital Bangkok with many Buddhist and Brahmin rituals performed in the month leading up to the event.

His coronation was delayed until after the mourning period for Bhumibol, who was cremated in October 2017.

Reverence for the monarch, who is also the sworn patron of Buddhism in Thailand, is central to traditional Thai culture.

For most Thais, the coronation will be the first in their lifetimes.

The water gathered on Saturday will be use for ablution of the king in the purification and anointment ceremonies on May 4 before the crowning ritual.

The use of water is based on a Brahmin tradition that dates back to the 18th century coronation ceremonies, since the founding of the Chakri dynasty.

Saturday is Chakri Day in Thailand, which observes the beginning of the dynasty.

King Vajiralongkorn holds the title Rama X, or the 10th king of the Chakri dynasty.

The waters were collected simultaneously between 11.52 a.m. to 12:38 p.m. on Saturday – times deemed especially auspicious in Thai astrology – by senior officials from more than a 100 water sources across 76 Thai provinces.

The ceremony was broadcast on all Thai television channels.

The water, stored in traditional vases, will be blessed in Buddhist ceremonies at major temples around the country on April 8 to 9, before being combined in another consecration rite at Wat Suthat, one of Bangkok’s oldest temples, on April 18.

Vajiralongkorn is the second child of King Bhumibol and Queen Sirikit’s four children and their only son.

He was educated at private schools in Britain and Australia before attending the Royal Military College Duntroon in Canberra.

According to the official biography, he is a qualified helicopter and fighter pilot, who saw action against communist insurgents in Thailand in the 1970s. He holds the honorary military ranks of general, admiral and air chief marshal.

Vajiralongkorn has spent a significant amount of his adult life abroad, mostly in Germany where he has a home.

As the Iowa Democratic Party began releasing partial results from Monday’s caucuses that kicked off the primary race of the party, Pete Buttigieg, the 38-year-old Mayor from Southbend, Indiana, led the candidates in State delegates, followed closely by progressive candidate Bernie Sanders. Former Vice-President Joseph R. Biden performed poorly as per polls prior to the […]

A milestone for French rail strikes: 29th day of walkouts

With 29 straight days of walkouts, French rail strikes against government plans to reform France’s retirement system marked a new milestone Thursday, surpassing even the lengths of strikes in the 1980s. The nationwide walkouts against the government’s pension plans started on December 5. On Thursday, they surpassed a 1986-1987 rail strike in longevity, a walkout […]

Chinese President Xi Jinping has called for tightened control over online discussion and increased policing to ensure “positive energy” and social stability, state media said on Saturday, as the country struggles to contain the deadly new coronavirus. Mr. Xi’s remarks were made public as the authorities have faced rare bouts of public anger over the […]