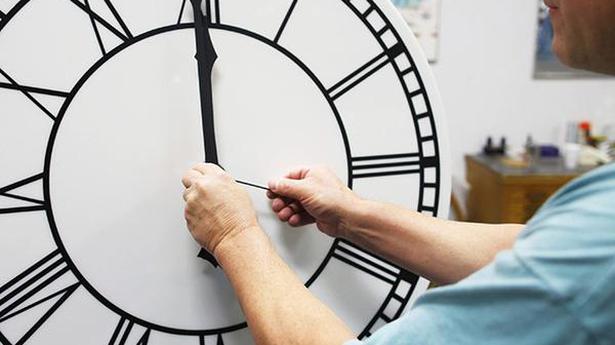 Time tends to slip away in March if you are in the West.

For some in Europe it happens on March 31, and for those in the U.S., it has already been a few weeks of brighter evenings and darker mornings. The ‘Spring Forward, Fall Back’ rule of clock changing is not something many look forward to, yet a quarter of humanity is subject to it.

There is growing discontentment, mostly palpable each March and November, with this biannual time dance. The European Parliament voted to end it a few days ago and there has been much discussion in America over the last few weeks about ending it.

Daylight saving (“savings”) time, also known as summer time, is 101 years old this year, having first been adopted at 23.00 hours on April 30, 1916, by Germany and Austria during the First World War as a means to save fuel. However, there is some evidence that people toyed with the idea before, including in ancient times.

Even earlier, Benjamin Franklin had written of the energy savings that could be had by optimising sunlight hours in an essay in 1784. A British builder, William Willett, became a champion for the cause of summer time early in the 20th century (and he had backers, including Winston Churchill). However, the idea took time to take hold. The House of Commons passed the Summer Time Act a couple of weeks after the Germans passed their daylight law, having put off the decision a few years earlier.

The U.S. passed daylight savings laws during the two World Wars — using the energy-saving argument — but for periods of the 20th Century, the country had a non-uniform time practices. The U.S. Congress passed the Uniform Time Act of 1966, standardising when clocks change across the U.S. Currently, the whole country, barring Hawaii and Arizona (for the most part), follows this system.

Last year, Florida passed, by overwhelming majorities in both State legislative houses, the Sunshine Protection Act, a law making it summer time all year around. However, to take effect, this requires congressional approval.

U.S. Congressman Greg Steube — who was a Florida State Senator at the time and sponsored the Bill — told The Miami Herald that he had heard complaints from Mayors saying they had to keep lights on at softball stadiums for longer after dark in winter time, a father saying his kid found it harder to wake up for school in the mornings and the tourism industry finding it hard to keep shops open after dark.

Meanwhile, parts of the U.S. want a change in time policy. Florida Senator Marco Rubio and other congressional representatives from the State recently reintroduced the Sunshine Protection Act in the U.S. Congress, proposing permanent daylight savings time for the whole country. If passed by Congress, the law would likely be approved by President Donald Trump. “Making Daylight Saving Time permanent is OK with me!” Mr. Trump tweeted shortly after the clocks changed earlier this month.

Senator Rubio and Representative Vern Buchanan, writing in The Washington Post, cite evidence from the Journal of Safety Research showing that summer time is associated with fewer fatal automobile accidents than standard time. They also cite a Brookings study that shows that more daylight at dusk would result in robberies going down, saving some $59 million per year in social costs.

How the House and Senate will vote on the sunshine proposal is something only time will tell.

Singapore’s health ministry confirmed on Monday an additional 1,426 cases of the COVID-19 infection, a record daily jump, mainly among foreign workers living in dormitories. Authorities have managed to mitigate the spread of the virus and the COVID-19 respiratory disease it causes among Singapore’s citizens by rigorous contact tracing and surveillance, earning praise from the […]

UK Prime Minister Boris Johnson on Tuesday said the government will respect UK Supreme Court’s decision overruling suspension of parliament, reported BBC. Johnson, however, expressed unhappiness over the top court’s verdict and said he does not think the verdict is right. “We will go ahead and of course parliament will come back,” Johnson said. He […]

Nirav Modi had been following the court proceedings from a room at Wandsworth Prison and could be seen taking notes during the course of the trial. Source: thehindu.com Related