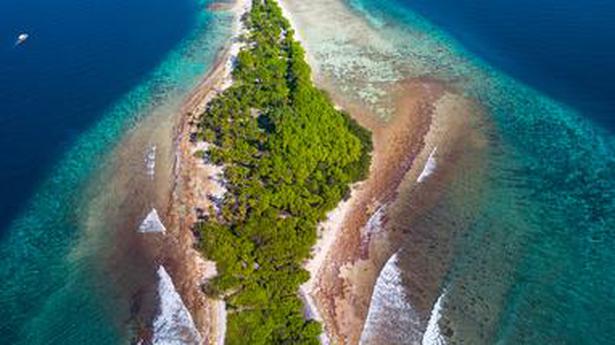 After Dhivehi, the language spoken by Maldivians, the most commonly heard sounds on the streets of Male are very likely to be words in Malayalam, Tamil, Sinhala, Bengali and Hindi. For Maldivians, it is neither surprising nor aberrant, for they are used to sharing their home with Indians, who have been working here for many decades.

At least 20,000 Indians live in the Maldives, spread across capital Male and the many atolls around, working as doctors, nurses, teachers, accountants, engineers and in the hospitality industry. Many others work in unskilled areas, including in the burgeoning construction sector.

The number of Indians is not insignificant, given that the Indian Ocean archipelago’s total population is about four lakh. That is perhaps why it hurt India so much when the previous government, under President Abdulla Yameen, clamped down on work visas for Indians.

In the period between February and September 2018, when the relationship between the two countries was on a downward spiral, the Yameen administration imposed a virtual visa freeze on Indians, leaving over 2,000 applicants in India, who had been chosen for jobs in the Maldives, in a quandary. At the same time, Male voiced concern over India tightening its visa regime for Maldivians.

However, with regime change last year and subsequent efforts by New Delhi and Male to reset ties, the visa stand-off was reversed, allowing relatively free movement across the borders. Nearly five thousand Maldivians live in India, largely for education and employment. Hundreds of families are based in Thiruvananthapuram.

The popularity of the Maldives as a preferred work destination among Indians is due to many reasons. “The pay scales are good, life is fairly comfortable and the proximity to home is surely a factor,” says Alphonsa Johnson, an accountant from Tamil Nadu. “There is no way I’d get paid as well in India.”

Her daughter goes to a local school. “Maybe the schools are not like those back home, but we’re getting used to it,” says Ms. Johnson who has been in Male for two years now. “Much of the vegetables, fruits and other supplies we buy here comes from India. Its more expensive than in India, but its surely manageable,” said S. Maasanam, also from Tamil Nadu, who works for a Singaporean construction company.

“You will find many here who are from Nagercoil, Kanniyakumari, especially those working as pharmacists, and then many from Kerala,” he says.

People of Tamil Nadu’s southern districts as well as those from Kerala, locals say, have had a strong relationship with Male and its people for years.

The main chunk of expenditure, especially for locals and expats living in Male, would be rent, that has been soaring in the last few years. Barring high rents and congestion in the capital, Male offers all things island — a magnificent view of the aquamarine sea, afternoon breeze, warm and friendly locals, posh cafés and restaurants spanning cuisines. Further, many Indians see the Maldives as a good launch pad for an international career.

While the Maldivian rufiyaa is the local currency (roughly, 15 rufiyaa is equal to $1), many professionals get paid in dollars, which allows for some gains when converted to Indian currency.

For Louis Prakash, working in Male has helped boost his savings. “There is very little you can do here outside of work. There are nice restaurants, but the options are limited when it comes to shopping or entertainment. So you end up saving well,” says the senior chef, who has been working at a star hotel in the capital, after working at a resort in Addu atoll for a couple of years.

Mr. Prakash, who hails from Mugaiyur in Tamil Nadu’s Villuppuram district, earlier used to work at a hotel in Dubai. “I hardly saved up then. We ended up splurging the money I earned at their shopping malls, but the Maldives has been good for money,” he notes.

With friendly ties having been restored between the neighbours, the hope among many Indians, and Maldivians, is that their borders will matter less.

Meera Srinivasan is The Hindu’s Colombo correspondent. She was recently in Male.

Pakistan’s request for funds for Hafiz Saeed a sign of transparency: U.S.

The United States says the UN Security Council’s decision to facilitate funds for designated terrorist Hafiz Saeed in Pakistan was actually a “welcome” step, as it shows that Pakistan is working towards greater accountability for its counter-terrorism efforts as part of its commitments at the Financial Action Task Force (FATF). “It’s counter-intuitive, but this is […]

China blocking U.N. listing of Masood Azhar as global terrorist will be against shared goals for stability, says U.S.

The United States has said that Jaish-e-Mohammad (JeM) is a threat to regional stability and peace and that China preventing the United Nations from designating JeM leader Masood Azhar as an international terrorist will run counter to the US and China’s shared goals for stability. “JeM is a United Nations-designated terrorist group. Azhar is its […]