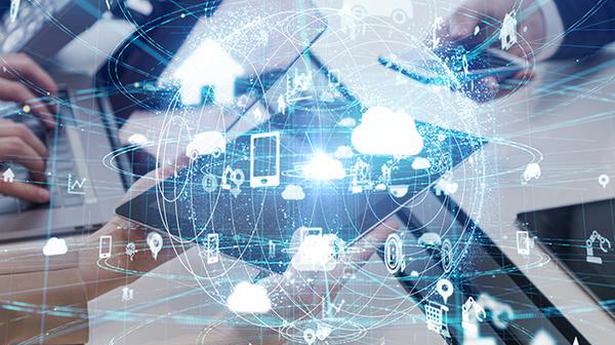 Japan needs tens of thousands of IT engineers, with the current shortfall of 2,00,000 likely to swell to 8,00,000 within a decade. India has IT engineers in need of thousands of jobs. Japan is a hardware heavyweight. India’s software prowess has garnered it global recognition. It is a marriage that any matchmaking algorithm would immediately green light.

Yet, despite the theoretical fit, Indian engineers remain a minuscule proportion of Japan’s foreign talent pool, while Japanese-Indian hardware-software collaboration is as chimerical.

According to the Japan External Trade Organization, of the 5,549 highly skilled foreign professionals registered in Japan in 2016, 3,621 were from China, compared to merely 266 from India. Moreover, while there are some 30,000 Japanese firms that operate in China, only 1,400 have a presence in India. According to NASSCOM, India’s IT industry confederation, though Japan is the third-largest IT market globally, it constitutes less than 2% of the Indian IT sector’s revenues.

However, it is China’s formidable rise that is driving the governments of India and Japan to step up their collaboration along a variety of fronts, including technology. Gagan Sabharwal, a senior director at NASSCOM, explained that both India and Japan are falling behind China when it comes to creating an ecosystem where manufacturing is blended with Artificial Intelligence and robotics.

It is with this context in mind that NASSCOM has launched an IT corridor in collaboration with Japan’s western prefecture of Hiroshima, to both facilitate talent transfer and create a platform for collaborations to develop new technologies.

“We see India as a partner for innovation, not just cost cutting,” said Atsuhito Uemaru, the director of Innovation Promotion for Hiroshima’s government. But he also admitted that getting the conservative, risk-averse, Japanese companies to look at India seriously was an uphill task.

Very few Japanese firms even know of the big guns in Indian IT like TCS and Wipro, Mr. Uemaru said. And their mindset remained one where “the world should go to Japan, rather than Japan going to the world”.

The biggest obstacle in developing closer ties is linguistic, with Japanese companies expecting both partners and employees to speak Japanese. And though English is slowly becoming more acceptable in some companies, Mr. Uemaru believes that broader people-to-people contact, especially in educational and research institutions, is necessary as a catalyst. One such initiative is a tie-up between Hiroshima University and India’s Central Mechanical Engineering Research Institute for student exchanges and joint research. Since October 2017, more than 200 students from India have visited Hiroshima University for varying lengths of study.

Working offshore, and on site

And there are a handful of Japanese companies who have already started employing Indian engineers. Hiroshima-based auto behemoth Mazda, for example, has been working with Hyderabad engineering company, Satven, since 2010. Krishnakumar Pulavarthi, vice-president, business development for the Asia-Pacific region, revealed that 150-170 Satven engineers have worked on Mazda projects offshore, with an additional 15-20 on site.

Satven has had a local office in Hiroshima since 2013. According to Mr. Pulavarthi, having an office in physical proximity to the customer is crucial in Japan, since face-to-face interactions are necessary to allay fears and build confidence.

Mr. Pulavarthi said the biggest challenge faced by Indian engineers in Japan was not linguistic but meeting the expectations of quality. The Japanese expect year-on-year increases in productivity. Consequently, the opportunity for training on the job in Japan was a valuable one for Indian engineers.

Chugai Technos, a Hiroshima-based environmental engineering firm, is currently on the cautious lookout for an Indian partner. Etsuko Kaimi, general manager of the business planning division, said: “We are a 65-year-old traditional company. Few can speak English in our firm and we know very little about India. But we have to learn. If we fail to adjust to foreigners, the future is not good.”

Saudis couldn’t stop oil attack, even with top US defenses

Saudi Arabia spent billions to protect a kingdom built on oil but could not stop the suspected Iranian drone and missile attack, exposing gaps that even America’s most advanced weaponry failed to fill. In addition to deciding whether that firepower should be turned on Iran in retaliation, the Saudis and their American allies must now […]

Iran’s supreme leader accused European governments of “hostility” on Thursday, saying their actions showed they cannot be trusted. “The Europeans present themselves as mediators and say many things, but they are all hollow,” Ayatollah Ali Khamenei said in a statement on his official website. “The countries which hold up the flag of hostility towards the […]