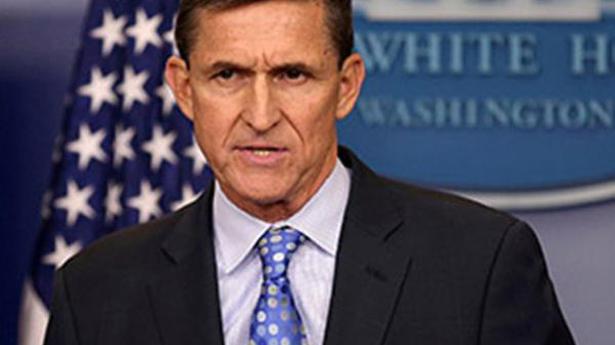 Can an outgoing President take such a step? What is the former National Security Adviser guilty of?

The story so far: Earlier this week, U.S. President Donald Trump tweeted that he had pardoned Michael Flynn, his former National Security Adviser, also a retired U.S. army Lieutenant-General, and a supporter of his 2016 election campaign. Mr. Flynn had twice pleaded guilty of lying to the FBI as well as to Vice-President Mike Pence, as part of a plea agreement with Robert Mueller, the special prosecutor investigating allegations of Russian interference in the 2016 election to favour Mr. Trump. As per his plea, Mr. Flynn admitted that he lied about conversations that he had with the erstwhile Russian Ambassador to the U.S., Sergey Kislyak, wherein he had requested Mr. Kislyak to ensure that Russia did not retaliate against Washington, over sanctions designed to punish Moscow for interfering in the 2016 election.

How is the President able to grant pardons?

Under Article Two of the U.S. Constitution, the President has the power to grant reprieves and pardons for offences against the country, except in the case of impeachment. Under this Article, the President has the right to grant pardons, commute sentences, permit the remission of fines and forfeitures, and allow respites and amnesties, as the case may require.

Who else has Mr. Trump pardoned?

On the list of those whom Mr. Trump has thus far pardoned are advocates of controversial right-wing ideologies, including former Maricopa (Arizona) County Sheriff Joe Arpaio, Fox News contributor and provocateur Dinesh D’Souza, and military personnel accused of war crimes in Afghanistan and elsewhere.

Why is the pardon of Mr. Flynn controversial?

However unpalatable the other pardons by Mr. Trump may have been to Democrats and others, his pardon of Mr. Flynn differs significantly from these, in that his perjury relates directly to the intention to shield

Mr. Trump and his associates from exposure to potential culpability with regard to the Russian election disinformation plot. In fact, shortly after Mr. Flynn was fired as NSA in early 2017, Mr. Trump asked the FBI to end the investigation into allegations of wrongdoing by Mr. Flynn. Subsequently, Mr. Flynn sought to withdraw his guilty plea, on the basis that the prosecutors allegedly violated his rights and tricked him into entering a plea agreement. In May 2020, U.S. Attorney General William Barr dropped a bombshell by ordering prosecutors to drop the case against Mr. Flynn, following Mr. Trump’s complaints that Mr. Flynn was being treated “unfairly”. Mr. Flynn’s sentencing has been deferred several times.

What is the broader context of the Flynn saga?

Several of Mr. Trump’s closest aides, including Mr. Flynn, Roger Stone and Paul Manafort, were found guilty of or pleaded guilty to concealing information from law enforcement in this context. This raises the question of whether Mr. Trump will pardon Mr. Manafort too. It also raises the spectre of the possibility that although the Mueller probe did not find a smoking gun, there was information about Mr. Trump’s possible involvement with Russian agents that did not see the light of day.

What further denouement is possible in this case?

Now that Mr. Trump has lost the polls, he will no longer enjoy the constitutional protection from prosecution that has limited investigations into his dealings, not only regarding Russia, but also his financial and business dealings in the context of possible conflicts of interest, and the abuse of power and obstruction of justice allegations, over which he was impeached in the House of Representatives.

The fire exploded in size within hours after it broke out in dense forest on Wednesday afternoon, sending up a towering plume visible for hundreds of miles around. Source: thehindu.com Related