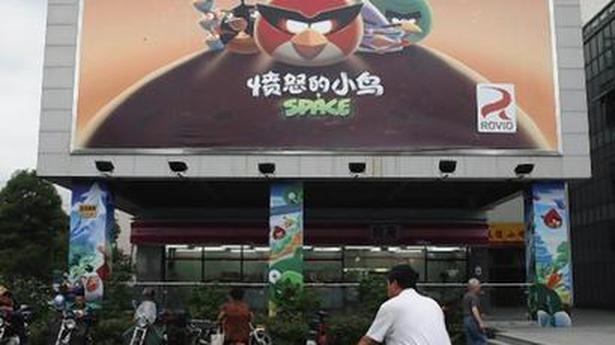 Three years ago, Chinese President Xi Jinping declared a war on online pornography, gambling and what was described as “negative information”. His crusade, especially aimed at sanitising key segments of the cyberspace, has now crashed into the booming $36 billion gaming industry.

The Chinese censors have been especially harsh on displays of blood and gore, as well as nudity in the wildly popular video games arena. Take the case of the popular video game Knives Out, which has riveted legions of young people to their consoles. In the international version, when the characters are shot, blood splatters and there are bodies on the ground. But in the Chinese makeover, instead of blood, players see blue pixie dust when participants engage in armed duels. Corpses are also quickly removed from screen, before they can make any real psychological dent on the players.

Chinese game developers, led by the Shenzhen-based Tencent Holdings, the world’s biggest video game icon, took a real hit when hyperactive censors did a remorseless U-turn, following orders from the top. In most of last year, none of the video games were cleared for viewing. This year, depictions of violence and sex were expansively snipped. New rules have also gradually evolved. Games with a patriotic edge seem to be in favour. As for existing ones, their content has been overhauled in tune with the directives from above.

In response to the new moral code, China’s video game publishers have begun a new long march, focusing, instead of the domestic market, on the Asia-Pacific — especially Japan, South Korea, Vietnam and India.

It “has been very hard for us,” Zhao Meng of Nanjing-based developer Ice Games was quoted as saying by the Nikkei Asian Review. “Obtaining certificates from the government takes a long time. China’s game market isn’t doing so well either. The overall economy is slowing, so the number of companies wanting to expand abroad is increasing.”

The decision to seek greener pastures overseas is logical. The Dutch research firm Newzoo has put an over $152 billion tag on the size of the overseas gaming market. Chinese gaming publishers are also aware that about a third of games are now played on smartphone screens.

But to fully tap the overseas market, strategic assets abroad had to be marshalled. Unsurprisingly, the ever domineering Tencent, with a war chest of $400 billion — bigger than Facebook or Netflix — was in the lead.

Six years ago, it acquired a 5% stake in Activision Blizzard — the U.S.-owned holding company. In 2018, it tapped Sea, a game publisher from Singapore, and armed it with monopoly rights to sell in Southeast Asia. This year, Tencent zeroed on Norway’s Funcom, buying a 29% stake, worth $134.33 million, in the company.

NetEase, another Chinese gaming firm, has also scouted for key assets abroad, homing in on Canada. It has opened a new studio in Montreal, apart from buying a stake in the Canadian studio Behaviour Interactive. The company is betting big on North America, with its education technology wing Youdao ready for an initial public offering in New York.

NetEase owes its success to the inspirational leadership of its owner Ding Lei. “Smart guys seize opportunities and never let them slip between their fingers. And those who think themselves weak always wait for opportunities,” he was quoted as saying by the South China Morning Post. The Chinese icon, with a net worth of $16.8 billion, is also known to bat for the underprivileged, especially China’s migrant workers, who poured into vertically rising cities from the countryside, once Chinese patriarch Deng Xiaoping’s economic reforms took root. “They (migrant workers) work very hard every day, over 10 hours, to make iPhones for the world. This is because they have no technology, no education and no money [coming] back to their land for high-quality organic agricultural projects,” says Mr. Ding, who has ploughed $16 million in the China’s farm sector.

Given their deep pockets and experience, Chinese game developers are already savouring success outside their home base, especially in Japan, where government approval is not required to enter the market. But sometimes political sensitivities do intrude in the virtual business, as in Vietnam, where Hanoi raised objections to Chinese depiction of the nine-dash line, stepping upon a long time dispute between China and Vietnam in the South China Sea.

U.N. and other international bodies should take up the Dalai Lama succession issue: U.S.

Rejecting Chinese claim on deciding the Dalai Lama’s successor, the United States on Thursday said that this was an issue that should be taken up in international bodies, including the United Nations. “There are many people who follow the Dalai Lama and don’t live in China. He is a well-known spiritual leader throughout the world […]

A gunman walked into a San Diego-area synagogue crowded with Sabbath worshippers on Saturday and opened fire with an assault-style rifle, killing one woman inside and wounding three others in a hate crime carried out on the last day of Passover, authorities said. The suspect, who fled the scene by car but surrendered to police […]