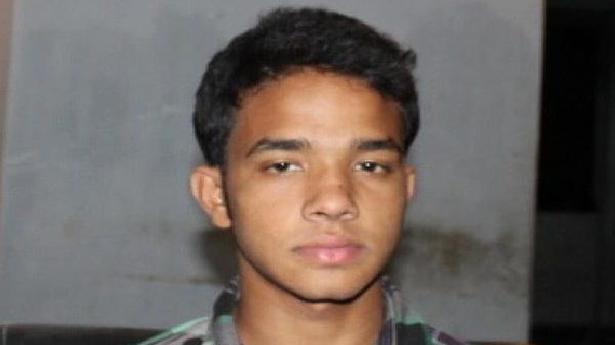 Just after the death of the lone suspect in the attempted hijack of a Biman Bangladesh Airlines plane on February 24, his father shunned him as his “disobedient” son and, at one point, refused to receive his coffin.

The Rapid Action Battalion (RAB), an elite police force, found his name on its criminal watchlist. The civil aviation authority described him as “mentally imbalanced”. His one-time wife revealed that their marriage fell apart because he hid behind “too many masks and lies”. These details that emerged after the attempted hijack defined Polash Ahmed, a 24-year-old from the central district of Narayanganj. As it turned out, his life had gone off track — a bit too far.

Ahmed attempted to hijack the plane, before he was shot dead in a commando blitz that lasted only eight minutes. He demanded that the authorities allow him to speak to Prime Minister Sheikh Hasina.

As the drama unfolded on the tarmac at the Shah Amanat International Airport in Chittagong, Ahmed also wanted to speak to his former wife, who was later identified as Samsun Nahar Shimla, an award-winning actor. It was a quiet Sunday for his father Pyar Jahan Sardar, a grocer. But the day swiftly changed when police arrived on his doorstep with a photograph. Mr. Sardar identified the man as his son, prompting the police to comb through his village home.

Mr. Sardar said he was in the dark about the whereabouts of his son: he knew his son lived most of his time in Dhaka, but was unaware of where he lived in the capital and what he actually did for a living.

“Sometimes he would come home, grab some money and leave. He told our neighbours that he was an actor in Dhaka,” Mr. Sardar said, alluding to his role as a supporting actor in a Bengali film, Kobor, which means “Grave”.

Ahmed adopted the name Mahibi Jahan for his Facebook profile, identifying himself as an IT business analyst. He claimed to have graduated from Dhaka University and that he was living in the U.K. His family said he studied in a madrasa.

Ahmed had borrowed money from his neighbours on the pretext of sending it abroad for unknown purposes and even faked his own “abduction” to extract funds from his father. His name ended up in the RAB’s crime database. He was arrested by the RAB in an abduction case when he was just 18 years old. The allegations stacked against him by the family of his former wife were graver still. He was associated with “top criminals” in his hometown, a claim that could not be independently verified.

After many freewheeling years in the world of make-believe, Ahmed turned to religion near the end of his life, according to his family. He sealed his fate on the evening of February 24, when the Biman Bangladesh Flight 147 had been flying to Dubai from Dhaka via Chittagong. The plane made an emergency landing in the southeastern port city after he wielded a “gun” threatening to storm the cockpit, 15 minutes after the take-off, and held a crew member hostage. In the chaos that followed, security forces surrounded the plane with airport lights shining through the dark.

In the immediate aftermath of the attempted hijacking, government agencies provided shifting accounts of the incident. Ahmed was said to be armed with a “bomb-like device” and exploding “cracker-like objects” inside the plane.

In instant comments, Home Minister Asaduzzaman Khan said the suspect used a weapon to overpower a crew member. The “gun” that he carried into the aircraft turned out to be a toy pistol as investigators dug deeper. The pistol — real or fake — turned the spotlight back on airport security lapses in Bangladesh, a country that has seen periodic terrorist attacks, including the 2016 assaults on a Dhaka restaurant visited by foreigners. Bangladesh now investigates how the man even with a “toy gun” passed through the airport security screening, which has been tightened since the nation’s worst terrorist attack.

Mr. Sardar had initially refused to receive the coffin containing the body of his son, as the family was ashamed of his wrongdoings. After hours of hesitation, he received the body after an autopsy at the Chittagong Medical College Hospital and took the coffin to his birthplace for burial.

“An unruly son and it hurts. He brought shame on my family,” Mr. Sardar said.

Arun Devnath is a journalist based in Dhaka

The officers have been suspended without pay and are being investigated. Source: thehindu.com Related

North Korean leader Kim Jong Un returned home on Tuesday after traveling two and a half days by train from Vietnam, where his high-stakes nuclear summit with President Donald Trump ended without any agreement. The Kim-Trump summit broke down mainly because of disputes over the extent of sanctions relief the North could win in return […]

A defiant White House has refused to cooperate with the Democrats in the impeachment inquiry against President Donald Trump, saying their move was “baseless” and “constitutionally invalid”. The inquiry is trying to find out if President Trump held back aid to Ukraine to push it to investigate former US vice president Joe Biden, who is […]