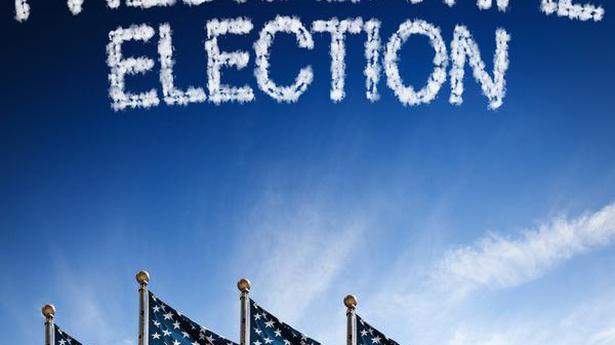 “My view is that every vote matters and the way we can make that happen is that we can have national voting and that means get rid of the Electoral College — and every vote counts,” Democratic presidential candidate Elizabeth Warren said a few weeks ago. Ms. Warren is a part of a growing list of Democratic presidential candidates who want to abolish the Electoral College — a constitutionally mandated process that allocates votes to ‘electors’ from each State, who in turn elect the President and the Vice-President.

Under the system, each State gets one elector per House of Representatives member plus two electors for the Senate; the District of Columbia gets three electors. There are 538 votes to be won and a winner needs to get at least 270 of these.

Almost all States and Washington DC require their electors to cast a vote in the College according to whoever won the popular vote, for instance by means of an “oath”. Those who break this agreement are called “faithless” electors. There was one faithless elector in each of seven elections between 1948 and 1988. In 2000, one elector cast a blank vote and in 2016, seven electors voted against their party’s nominee — five defected away from Hillary Clinton (she got 227 of a total of 232 pledged votes) and two away from Mr. Trump (he got 304 votes against a pledged 306).

Four times, the popular vote went one way and the Electoral College vote another — and all four times it was Democrats who got the raw end of the stick. Two of these instances occurred in this century: in 2000, with George W. Bush’s election, and recently, with the election of Mr. Trump, who won the election despite winning 46.4% of the popular vote versus Ms. Clinton’s 48.5%. So, it may not be surprising that Democrats are driving the initiatives to change the system.

Those who oppose the Electoral College do so on several grounds. In practical terms, there is evidence that States that are decidedly Democrat or Republican get fewer campaign visits than swing States. Abolishing the Electoral College would also mean that candidates would need to care about the margins of victory in each State. But arguments against the College are also philosophical, for instance, the argument that it violates the ‘every vote counts equally’ principle. They also point to a disturbing aspect of the system’s origins.

At the Constitutional Convention of 1787, James Madison had argued that having a directly elected President would disadvantage slave-owning States (as slaves did not get a vote). Consequently, a notorious compromise was struck, where each slave was counted as three-fifths of a person in the population tally that went into the formula for creating an early form of the Electoral College.

Fast forward to today and those who defend the College system say it ensures that smaller States are not ignored. It is not, however, clear that under a national vote they would be ignored. As New York Times columnist Jamelle Bouie points out, even if you were to count every ballot in New York, California, Texas and Florida, that will still only account for a quarter of all ballots. This means a candidate would have to interact with at least another 25% of the country to win 50% of the vote.

Changing the Constitution is not the only route to changing this system. In early April, New Mexico became the 14th State to join the National Popular Vote Interstate Compact, a mechanism to donate the State’s electoral votes to the winner of the popular vote. However, the mechanism does not kick into effect till the 270 (electoral) vote mark is reached. With New Mexico’s participation, that number stands at 189. Not surprisingly, all States in the Compact went to Ms. Clinton in 2016. Implementing the agreement could lead to some very awkward and politically untenable situations in States.

Regardless of whether these initiatives are successful, they have got people thinking and talking about the Electoral College.

Four people died in a shootout following the theft of a United Parcel Service Inc truck and an attempted jewelry store robbery in a Miami suburb, the FBI and police said late on Thursday. Police said the two thieves and two by-standers were killed. The incident began with an attempted robbery of a jewelry store […]

The United States on Monday imposed sanctions on nine people close to Iran’s Supreme Leader Ayatollah Ali Khamenei, including his chief of staff, one of his sons and the head of the judiciary. Coinciding with the 40th anniversary of Iran’s seizure of the U.S. embassy in Tehran, the U.S. Treasury Department said it also was […]