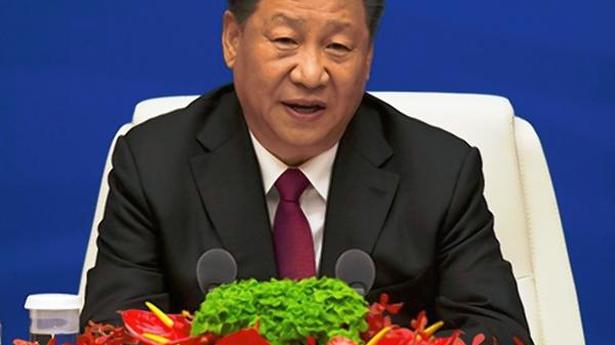 Earlier this month, President Xi Jinping spoke at a group study session of the 25-member Politburo of the Communist Party of China (CPC), comprising the top decision-makers of the country. His remarks focussed on the upcoming 100th anniversary of the May Fourth Movement — a student-led uprising, whose strands were woven into the CPC’s successful revolutionary campaign that led to the emergence of the People’s Republic of China in 1949.

The centenary comes amid intense, and perhaps wishful, foreign media speculation that the Chinese leadership is worried about the anniversary triggering pro-democracy sentiments in the country. The movement’s centenary is being conflated with the upcoming 30th anniversary of the bloody Tiananmen Square incidents of June 1989. The purpose is to reinforce the narrative that strong ideological and political undercurrents are challenging the legitimacy of the CPC.

But far from being pushed on the defensive, the Chinese leadership appears to be brainstorming ways to positively leverage the anniversary to build support for Mr. Xi’s twin centenary goals. During last year’s 19th Party Congress, he announced that China would become a “moderately prosperous society” by 2021. By 2050, it would emerge as a peerless advanced socialist country and realise the “Chinese Dream of national rejuvenation” under the guidance of the party.

In 1919, the May Fourth Movement was triggered by a student revolt against the capitulation of the nationalist Chinese government to Western powers during the Treaty of Versailles negotiations, held at the end of the First World War. China had allied with the Western powers in the War on the assumption that its coastal province of Shandong, then under German occupation, would be returned to its sovereign control.

But before the war ended, German occupation of Shandong was replaced by that of Japan, which imposed onerous additional conditions on the Chinese. Japanese occupation flared the nationalistic uprising even more strongly, as it sparked memories of China’s disgraceful defeat to Japan in the 1890s. The failure of the Chinese delegates at Versailles reinforced the nationalist sentiment that China must emerge as a strong, independent nation, permanently liberated from the “century of humiliation” to which it had been subjected to by the Western imperial powers.

As it gained momentum, the May Fourth uprising, in which students from Peking University played a key role, cascaded to the mercantile and working classes, resulting in a massive strike in the Shanghai, China’s commercial capital. It also triggered the rise of a new, radical stratum of intellectuals, many of whom, rather than being drawn into liberal stream of Western enlightenment, chose to bond with the CPC, which was formed in 1921.

In fact, Li Dazhao, the co-founder of the CPC with Chen Duxiu, was a Peking University librarian, who majorly influenced students participating in the May Fourth Movement, including Mao Zedong, who was a regular in the library’s reading room. The successful revolution in the Soviet Union two years earlier had fired the imagination of China’s radicals, and imparted them a powerful impulse to coalesce with the socialist camp.

In his remarks during the study group meeting, President Xi sought to dock the spirit of the May Fourth Movement with the realisation of his twin goals of forming “a moderately prosperous society in all respects”, and realising the “Chinese Dream of national rejuvenation” on the watch of the CPC.

Mr. Xi also stressed the primacy of Marxism to usher “people’s revolution, construction and reform”, implying that the centenary must not become an occasion to resuscitate the liberal values of the pre-revolution China. Mr. Xi lauded the May Fourth Movement as an assault on imperialism and feudalism, which had laid the foundation for a socialist revolution.

Besides, the President called for studies in China’s political, intellectual, and cultural space that would reaffirm that the CPC was capable of safeguarding national independence, security, prosperity and “people’s happiness.”

British Prime Minister Theresa May is facing increased pressure from her own Conservative Party to either resign or to set a date for stepping down in order to build support for her Brexit plan. British media reported on Sunday that senior party figures were urging Ms. May to recognize her weakened political position and resign. […]

Paris prosecutors on Friday opened a rape investigation into author Gabriel Matzneff, a day after the publication of a book detailing his sexual relationship with a girl of 14 over three decades ago. The case has attracted huge interest in France, which is only now beginning to scrutinise attitudes after decades of what is seen […]