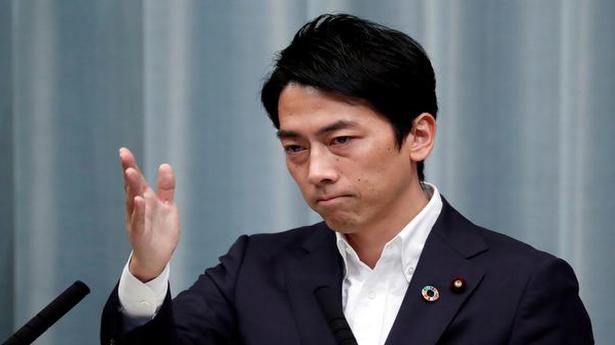 Even as the U.S. and Iran moved closer to war, bushfires ravaged Australia, ‘Megxit’ unfolded and Brexit loomed, Japan’s January headlines were dominated by a Cabinet Minister taking a couple of weeks of paternity leave.

Shinjiro Koizumi, the Environment Minister, has just become father to a baby boy. What’s causing all the fuss is his determination to take two weeks of leave to help with childcare. The two weeks will be spread over the first three months of the baby’s life. If necessary, Mr. Koizumi will work from home even on his days off, in addition to ensuring that the leave he does take avoids conflict with parliamentary sessions or Cabinet meetings. Given the 24/7 job that parenting a small child is, Mr. Koizumi’s pledge may come across as paltry. But in Japan, it is being touted as an almost a revolutionary step towards achieving work-life balance and redressing gender stereotypes.

The 38-year-old is in fact the first Japanese Cabinet Minister ever to have taken time off to be with his newborn, despite the fact that on paper, Japan has generous paternity leave laws. Fathers are ostensibly entitled to take up to a year off after the birth of a child (as are mothers), albeit on reduced incomes.

But only about 6% of eligible men working for private companies took parental leave in 2018, compared to over 82% mothers. Of those men who did take time off, more than 70% were away from work for less than a fortnight.

The reluctance to take paternity leave stems from a work culture that focuses on face-time, expects employees to prioritise work over family commitments and punishes those who do not fall in line. Some men who have braved social convention to take the leave legally allowed to them say that they were demoted, sidelined or otherwise bullied for having done so. The phenomenon has even given rise to a neologism: patahara, short for paternity harassment.

There were two high profile cases of patahara last year. In one, an employee of Asics, a sports equipment manufacturer, took the company to court on the grounds that he had been arbitrarily transferred from his department and given ‘meaningless’ tasks after returning to work from a year’s paternity leave.

The other involved a Canadian, Glen Wood, who is suing his former employer, Mitsubishi UFJ Morgan Stanley Securities, for allegedly forcing him out of his job after he took a few months paternity leave to be with his infant. Both companies involved deny the accusations.

But regardless of the specifics of these cases, it is a fact that workplaces tend to assume that male employees will not share in the care of their children.

The negative implications of this attitude extend beyond the individual to the welfare of the country as a whole. Japan’s birth rate has been plummeting, as women increasingly decide against having children or even getting married.

The country’s fertility rate — the average number of children a woman is expected to have in her lifetime — also declined for the third year in a row by 0.01 point to 1.42. The level needed to maintain the population is 2.07.

Combined with the longevity that Japan is famous for, its declining population does not bode well for the future of the economy. There is already a severe labour shortage, with about 1.6 vacancies for every job applicant.

Domestic social media reaction to Mr. Koizumi’s decision has largely been positive. But for some, the idea of male employees taking paternity leave remains anathema.

“Koizumi’s an Environment Minister, right? A novice taking paternity leave… Well, whatever, but does he really love his work?” said one post on Twitter, summing up this attitude.

Mr. Koizumi himself appears sanguine as he rides out the storm. He has said that he hopes to inspire others to break taboos. “Unless we change the atmosphere, government employees presumably won’t start taking paternity leave,” he told a group of Ministry officials and reporters earlier in January. He added that he hoped for a day “when lawmakers’ paternity leave is no longer news.”

(Pallavi Aiyar is a journalist and author currently based in Japan)

The rising number of imported coronavirus cases in China have raised the possibility that the country will undergo a second wave of infections, a spokesman of the country’s health authority said on Sunday. “China already has an accumulated total of 693 cases entering from overseas, which means the possibility of a new round of infections […]

German family vows $11 mn in charity after admitting Nazi past

More than 70 years after the end of Second World World, one of Germany’s richest families has admitted to its dark links with Adolf Hitler’s regime. Spokesman of the Reimann family, Peter Harf, told Bild am Sonntag of plans to give €10 million ($11.3 million) to charity after learning of their elders’ support for the […]

A suspected Russian airstrike has hit a displaced people’s gathering in a town in Syria’s last rebel enclave, killing at least 13, including a number of children, activists and a war monitor said. The Britain-based Syrian Observatory for Human Rights said the strike, suspected to have been carried out by Russian aircraft on Friday, hit […]