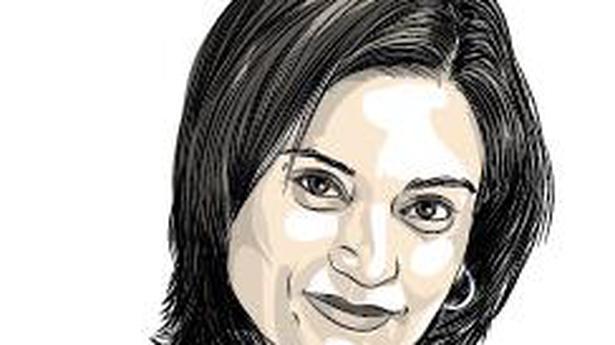 It’s late afternoon at the Karato fish market in the Japan’s far western port city of Shimonoseki. The floor is slick with scales and water. The wholesalers have packed up and left for the day, leaving stacks of wooden crates in their wake. Retailers are hawking their wares at discounted prices: sushi and sashimi at 50% off. The salty, piscine smell of the ocean lies heavy, for the market is at the doorstep of the Kanmon Straits that separates the islands of Honshu and Kyushu.

In many ways, Karato is reminiscent of its more famous counterpart in Tokyo: Tsukiji. The difference is that the fish here is both fresher and cheaper, and dominated by the deadly delicacy of pufferfish or fugu, as it is called in Japanese.

Images of this fat, friendly looking fish are so ubiquitous in Shimonoseki, as to almost be its mascot. They decorate shop fronts and even manhole covers. But despite its almost comical appearance, the fugu secretes a powerful neurotoxin that is up to 1,200 times more poisonous than cyanide. There can be enough poison in a single pufferfish to kill 30 adult humans.

On average, about 50 people across the archipelago suffer fugu poisoning every year, although the vast majority of these are the result of mistakes made by amateur, home cooks. In Japan, chefs who cook at fugu-serving restaurants are required by law to have a special licence certifying that they are trained in removing all the potentially toxic parts of the fish, including its liver, kidneys and ovaries. According to the Tokyo Bureau of Social Welfare and Public Health, of all the fugu-related deaths reported in the capital city between 1993 and 2011, only one took place at a restaurant.

However, scares still occur. Just last year, a supermarket in Gamagori city in central Honshu failed to remove the liver from a batch of fugu before putting it on sale. In the event, the sold products were retrieved and no fatalities occurred, but considerable panic was generated.

Yet, at the Karato market, no one appears too worried. The consensus is that fugu is delicious, prized for its subtle flavour and unique chewy texture. The fish is also low in fat and high in protein. There have been no cases of poisoning in Yamaguchi Prefecture, where Shimonoseki is located, for decades.

Between the late 16th and 18th centuries, however, the sale of fugu was banned in Japan. In 1888, the country’s first post-Meiji Restoration Prime Minister, Itou Hirobumi, stopped by a traditional restaurant in Shimonoseki, and was served fugu, which the locals had not given up eating despite its illicit status. He enjoyed it so much that he lifted the prohibition.

Since then, cooking techniques have been developed and honed to remove the toxin-carrying organs of the fish and today, the Japanese consume about 10,000 tonnes of fugu annually. But the best chefs leave in just enough poison for it to tingle the lips, hinting at the fragility of life — an enduring theme of the Japanese aesthetic.

At Karato, retail stores display plates of pufferfish sashimi that are works of art: transparent, paper-thin strips cut into designs resembling chrysanthemum petals, peacocks tails, butterflies and even Mount Fuji. Real culinary daredevils can opt for hirezake, a fugu-based tipple made from burning the fish’s fin over charcoal and then placing it into a cup of warm sake (rice wine).

On average, fugu dishes cost about 5,000 yen ($50). But at the karato market, it is possible to eat a pufferfish-based meal for as little as 1,000 yen ($10), which accounts for its status as the Mecca for foodies on the cheap.

This writer tried a bite of fugu sushi. It was surprisingly bland. And passed on the milt — although it is considered a delicacy.

Leaving the market behind, the poems of some of Japan’s most celebrated haiku masters come to mind.

Unrequited love. He has decided to give up.

On that night — fugu soup!

Even though yesterday I ate

Rohingya refugees living in Bangladesh camps were awaiting to get justice as a top UN court is slated to begin a three—day hearing on Tuesday of a lawsuit accusing Myanmar of genocide of the Muslim minority community. The Gambia, a tiny West African Muslim-majority country, filed the case in November at the Hague-based International Court […]

Yasuhiro Nakasone, one of Japan’s longest reigning premiers and known for his friendship with Ronald Reagan, has died at the age of 101, a top ruling party official said on Friday. Nakasone, prime minister from 1982 to 1987, hobnobbed on the world stage with Reagan and Margaret Thatcher while battling with bureaucrats over domestic reforms. […]

Leaders urge the world to unite in fight against virus Source: thehindu.com Related