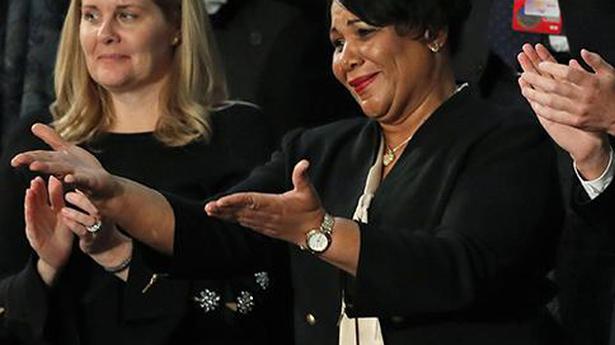 Earlier this month, U.S. President Donald Trump tweeted that his former personal attorney and fixer, Michael Cohen, who had pleaded guilty to felonies, lied during his Congressional testimony. “Bad lawyer and fraudster Michael Cohen said under sworn testimony that he never asked for a Pardon. His lawyers totally contradicted him. He lied! Additionally, he directly asked me for a pardon. I said NO…,” Mr. Trump wrote. Mr. Trump has talked of a presidential pardon like a magic wand. While indeed a powerful tool with a life-changing — and sometimes a life-saving — impact on its recipient, it isn’t without its limits.

The power of the pardon is found in Section 2, Article II, of the U.S. Constitution, which says the President “shall have power to grant reprieves and pardons for offenses against the United States, except in cases of impeachment.”

And the pardon has been used through history, from George Washington in 1771 for treason in the Whiskey Rebellion to Barack Obama, who commuted the sentences of many non-violent drug offenders. In 1974, Gerald Ford controversially pardoned his predecessor Richard Nixon for Watergate, specifically for “all offenses against the United States which he, Richard Nixon, has committed or may have committed or taken part in during the period from January 20, 1969 through August 9, 1974.” Nixon had not even been charged.

A presidential pardon — or the commuting of a sentence — only works for federal crimes, not State or local ones. Applications have to be received by the Office of the Pardon Attorney at the Department of Justice (DoJ) and the potential recipient needs to wait for five years after conviction before seeking a pardon.

Mr. Trump has focussed his pardoning and commuting power on high-profile cases or those brought to him by high-profile individuals. Examples include the commutation of a life sentence being served by an African-American woman in Alabama, Alice Johnson, who had been in prison for over 21 years after being convicted of money laundering and distributing cocaine. Mr. Trump also pardoned, posthumously, boxer Jack Johnson, who was convicted in 1913 by an all-white jury of travelling across State lines with a white woman.

Indeed, the above individuals were the casualties of a criminal justice system that disproportionately affects African Americans or one that was profoundly and overtly racist, but critics argue that the cases got the President’s attention likely because they were highlighted by reality TV star Kim Kardashian West and by actor Sylvester Stallone, respectively. There are thousands of others in similar situations.

Mr. Trump’s pardoning practices extend to a second category of cases — where, some argue, he is able to signal to his allies (and would-be defectors) that there are benefits to staying loyal to him. In this context, the President has pardoned several individuals of crimes that have a resonance with investigations around the President and his associates. Mr. Trump’s first pardon went to an Arizona country Sheriff, Joe Arpaio, for criminal contempt of court over an order that was meant to halt racial profiling. Mr. Trump pardoned former Vice-President Dick Cheney’s adviser I. Lewis “Scooter” Libby Jr. for obstruction of justice and perjury. He also pardoned conservative commentator Dinesh D’Souza, who pleaded guilty in 2014 to campaign finance violations.

Mr. Trump has also spoken of pardoning or commuting sentences for TV personality and businesswoman Martha Stewart, jailed for lying to federal investigators, and former Illinois Governor Rod Blagojevich, impeached for corruption. Both had starred in versions of The Apprentice. Mr. Trump’s “TV lawyer” Rudy Giuliani made it a point to bring up Stewart’s name on CNN in the course of a discussion on whether Mr. Trump should testify in Robert Mueller’s investigation into potential Russian meddling in the 2016 elections.

There was some talk about Stewart rejecting a pardon if given. To be effective, a pardon has to be accepted by the recipient and to accept it, the recipient must accept the crime — a potential recipient may for that or other reasons choose to reject a pardon.

This brings us to former Trump campaign chairman Paul Manafort, who was sentenced in two cases over the last two weeks. Trump has said that he “feels badly” for Manafort and has, as of this writing, not ruled out a presidential pardon for him.

New York State, which began investigating Manafort in 2017, before Special Counsel Mueller’s probe started on the case, has charges against Manafort ready to go if Trump pardons him, Bloomberg had reported a few weeks ago. The challenge has been to work around the state’s strict double jeopardy laws, i.e., not charging individuals for crimes that they have faced federal charges for.

Last June, Mr. Trump tweeted that he had the “absolute right” to pardon himself — this begs the (multimillion-dollar) question of whether self-pardons are valid. Legal opinion on this is split. In 1974, days before Richard Nixon resigned, the Justice Department wrote a memo that said, “Under the fundamental rule that no one may be a judge in his own case, it would seem that the question should be answered in the negative.” However, this is not legally binding and the issue has not been tested in court, at least not yet.

Snipers to cull up to 10,000 camels in drought-stricken Australia

Snipers took to helicopters in Australia on Wednesday to begin a mass cull of up to 10,000 camels as drought drives big herds of the feral animals to search for water closer to remote towns, endangering indigenous communities. Local officials in South Australia state said “extremely large” herds have been encroaching on rural communities — […]

Crashed plane’s black boxes to be examined in France

New Zealand Prime Minister Jacinda Ardern said her office received a “manifesto” from the gunman suspected of killing 50 people in two Christchurch mosques minutes before Friday’s attack. “I was one of more than 30 recipients of the manifesto that was mailed out nine minutes before the attack took place,” Ms. Ardern told reporters on […]