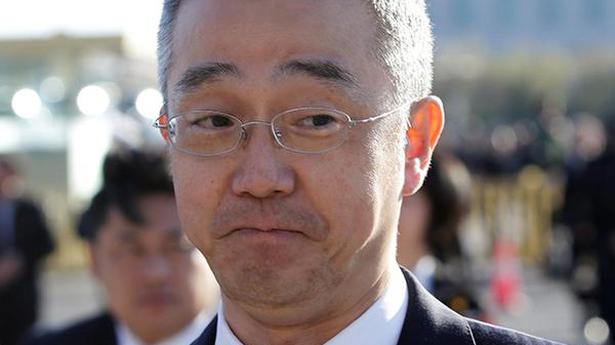 Ever since last year’s 19th Congress of the Communist Party of China (CPC), when it became clear that President Xi Jinping would steer China indefinitely, speculation about the next line of Chinese leadership has been rife. It is now an open secret that most aspirants born in the 1960s are likely to fade away before entering China’s top leadership rungs. Instead, the CPC’s top leaders are expected to emerge from the post-1970s generation, now in its 40s, after President Xi, who heads the seven-member Standing Committee of the Politburo, finally hangs his boots.

The CPC handpicks its top leaders with great diligence. The bottom-up approach means that for decades, future leaders have to prove their acumen by handling various responsibilities at the lower levels, starting from the grassroots, till they are elevated to the provincial rung. The grooming tests not only their leadership skills, but also capacity to handle rivals, and possibly factions. To be a “princeling” or scion of an earlier generation of leaders can also be an advantage. But a complex maze of rules, some written and unwritten, ensures that familial ties alone do not prove decisive in the rise towards the leadership summit.

Nevertheless, President Xi himself is technically a “princeling”. He is the son of Xi Zhongxun, a first generation revolutionary leader. The senior Xi’s contributions as a revolutionary leader as well as a reformer are well acknowledged. But so are his run-ins with both Mao Zedong and Deng Xiaoping, the two top first generation leaders of the People’s Republic of China, primarily because of his accommodative nature, as well as difficulty in pursuing extreme ideological orthodoxy.

Among China’s future leaders, Hu Haifeng (in picture) is attracting considerable attention. The 46-year-old son of former leader Hu Jintao has been party secretary of Lishui — a small coastal city in Zhejiang province. Incidentally, Zhejiang’s capital Hangzhou, known for its hi-tech industry, is the headquarters of the Alibaba e-commerce conglomerate.

Mr. Hu’s career path has taken off from Zhejiang. He was earlier the Mayor of Jiaxing, another city in the province. Prior to March 2016, he was the deputy secretary of the Communist Party branch in Jiaxing. Mr. Hu made headlines when two years ago in April, he led more than 100 local officials to observe a court hearing for a lawsuit filed by a Jiaxing resident against a government agency.

The purpose of the visit was to raise awareness among the officials about the “rule of law”, President Xi’s pet theme which converged with his blaring anti-corruption campaign.

According to the Nikkei Asian Review, the younger Hu is expecting promotion as party secretary of Xian in Shaanxi province. That would throw him into a bigger ring, as the new posting would mean heading northwestern China’s main city as its party head. Mr. Xi’s relationship with Mr. Hu Jintao is friendly, which could help the younger Mr. Hu’s cause.

The website Caixin Global has reported that the Mr. Hu has an executive MBA from Tsinghua University, where he worked for years before heading into business, briefly joining a company supplying security inspection equipment for several industries, including the booming civil aviation and railway sectors.

Qie Yingcai, a graduate from the law department of China University of Political Science and Law is seen as another rising star. He is currently the Mayor of Xiangyang, a major city in northwestern Hubei province, whose capital is Wuhan.

Mr. Qie, 43, is projecting himself as a Xi loyalist as well as a driver of China’s new economy. He is on record saying that he wants Xiangyang to become a city of new energy vehicles and smart cars. Among the other leading lights, the name of 46-year-old Zhou Liang is featuring prominently. Mr. Zhao was associated with the former anti-corruption czar and now Vice-President Wang Qishan. He was handpicked to become part of a team that would restore order in China’s heavily leveraged banking and financial sector. He is currently the vice-chairman of the China Banking Regulatory Commission (CBRC), and is reportedly overseeing joint stock banks, as well as policy banks — lenders dedicated to implement government-driven projects.

Over 50 people dead in mudslide at mining site in Myanmar

More than 50 people are believed to have died in a mudslide at a jade mining site in northern Myanmar, a lawmaker representing the area said on Tuesday. Tin Soe said three bodies have been recovered and 54 people remain missing after the accident Monday night in the Hpakant area of Kachin state. “The rescue […]

Not meeting FATF obligations would be devastating for Pakistan economic reform program: U.S.

Not meeting the obligations of the Financial Action Task Force (FATF) would have a devastating impact on Pakistan’s economic reform program, a top US diplomat said. Acting Assistant Secretary of State for South and Central Asia Alice Wells made the comments on Friday, a day after Pakistan Foreign Minister Shah Mahmood Qureshi said the country […]

Vietnam police have arrested two people for trafficking in connection with the death of 39 migrants whose bodies were found in a truck in Britain, many of them feared to be Vietnamese.  The move comes after British police arrested four people over the tragedy and are now seeking to question two brothers from Northern Ireland […]