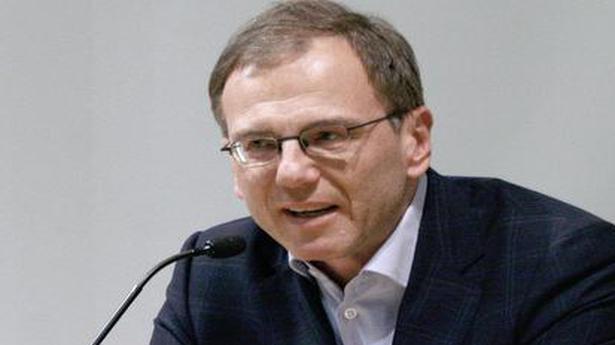 Recently, Reporters Without Borders downgraded Austria in its World Press Freedom Index. From 11th last year, the ranking fell to 16th, which is rather bad for a European country.

However, there was sound reasoning behind this decision. “Threats to press freedom have been growing since the far-right Freedom Party of Austria (FPÖ) became the junior partner of a coalition government in December 2017. Reporting which is not to the FPÖ’s liking is subjected to systematic verbal attacks,” the organisation said in a statement.

Reporters Without Borders also underlined that independent journalists who covered government scandals were branded as “left-wing extremists” and accused of trying to undermine government policy.

The most recent example of a journalist being attacked by the FPÖ is in the case of Armin Wolf, arguably the country’s most famous news anchor. For years, Mr. Wolf, who works with public TV channel ORF and is known for his detailed and critical interviewing style, has been the far-right’s main nemesis. Regularly, he is smeared as a “left-wing activist” and an “extremist”.

Mr. Wolf’s most recent interview with a leading FPÖ politician did not just trigger a huge debate but also led to one of the biggest smear campaigns the journalist has ever faced.

In the interview, Mr. Wolf confronted Harald Vilimsky, the FPÖ’s candidate for the upcoming European Parliament elections, with racist and Islamophobic caricature that appeared in one of the party’s media outlets.

When Mr. Vilimsky expressed his disinterest, Mr. Wolf showed him caricature from the Nazi era that depicted Jewish people as “parasites”. “What is the difference between these two?,” he asked Mr. Vilimsky, who reacted with outrage and warned Mr. Wolf of “consequences”.

Since then, leading FPÖ politicians, including Austrian Vice-Chancellor Heinz-Christian Strache, have attacked Mr. Wolf and called for his dismissal. Mr. Strache described the interview as “disgusting”.

While many far-right media outlets took part in the smear campaign, leading newspapers and magazines expressed their solidarity with Mr. Wolf.

Süddeutsche Zeitung, a German daily, expressed its concerns about the current state of press freedom in Austria and wondered if the country’s ranking in the World Press Freedom Index would even worsen in the upcoming year. “FPÖ people can publicly demand the dismissal of Armin Wolf, one of the most famous anchormen in the country. Once again, the Freedom Party demonstrated that it cannot handle critical coverage… The undermining of press freedom in Austria has reached its temporary peak,” the newspaper wrote.

“Please wake up. What happens in [our] neighbouring country needs our interest and our solidarity. Everyone who knows Armin Wolf knows why the enemies of free press are attacking him,” said Cordt Schnibben, a journalist with Der Spiegel. The German Association for Journalists also expressed solidarity with Mr. Wolf. “The enemies of the freedom of press must not win,” the organisation said in a statement.

In an interview with Austrian daily Kurier, Alexander Wrabez, managing-director of ORF and Mr. Wolf’s boss, underlined that the organisation will “not allow party leaders to tell us who should moderate the news”. Calling Armin Wolf “one of the best journalists of our country”, who has “distinctive style”, Mr. Wrabez said he “treats everyone, including his own boss, equally”.

Mr. Wolf, who has been doing anchoring for decades, has many fans who support him and have expressed their outrage at the FPÖ’s behaviour. “Many people grew up with Armin Wolf and his news programme. Personally, I cannot even remember who was the leading anchorman before him. The main reason for that is that Mr. Wolf is doing great work and acts how journalists have to act,” said Maria Stocker, 62, a teacher from Vienna.

In a detailed blog post, Mr. Wolf himself pointed out to the absurdity of the FPÖ’s attacks against him. He also made it clear that he will not take a “break”, as some had demanded.

Emran Feroz is a freelance journalist based in Stuttgart, Germany

U.S. Supreme Court Justice Ruth Bader Ginsburg is the winner of this year’s $1 million Berggruen Prize for philosophy and culture. The award announced on Wednesday by the Los Angeles-based Berggruen Institute honours Ms. Ginsburg for her pioneering legal work for gender equality and her support for the rule of law. The institute says Ms. […]

An anti-terrorism court in Pakistan on Tuesday accepted a plea of Mumbai attack mastermind and Jamat-ud-Dawa chief (JuD) Hafiz Saeed to club all six terror-financing cases against him and his aides, and announce the verdict on completion of the trial. The anti-terrorism court or ATC had indicted Saeed and others on December 11 in terror-financing […]

In a major blow to Prime Minister Boris Johnson, Britain’s highest court on Tuesday ruled that his decision to suspend Parliament for five weeks in the crucial countdown to the country’s Brexit deadline was illegal. The unanimous Supreme Court ruling declared the order to suspend Parliament “void and of no effect.” Supreme Court President Brenda […]