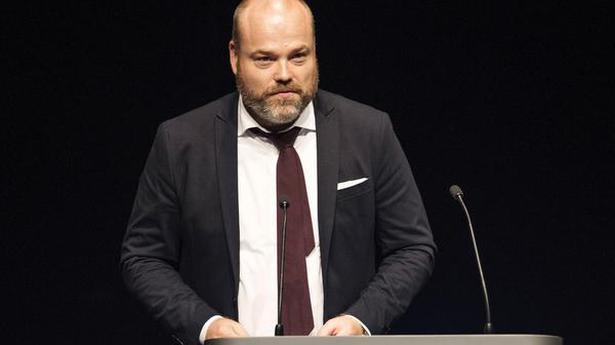 Three of the four children of a Danish billionaire have died in Sri Lanka’s deadliest terror attacks that killed 290 people and injured over 500 others, a media report said on Monday.

Anders Holch Povlsen, 46, is Denmark’s wealthiest man and is believed to be the largest landowner in Scotland after buying a string of historic estates.

The family were visiting Sri Lanka over the Easter holiday. The names of the children have not been made public.

Mr. Povlsen owns the international clothing chain Bestseller and is also the biggest single shareholder in clothing giant Asos and is the UK’s largest private landowner, according to the Times newspaper.

“Unfortunately, we can confirm the reports,” a Bestseller spokesman said in an email. “We ask you to respect the privacy of the family and we therefore have no further comments.”

Three days before the attacks Mr. Povlsen’s daughter Alma shared an Instagram photo of her siblings Astrid, Agnes and Alfred – calling them “three little bears” – in front of a swimming pool lined by palm trees.

Mr. Povlsen and his wife Anne have not said which of their three children died in the attack.

The blasts targeted St Anthony’s Church in Colombo, St Sebastian’s Church in the western coastal town of Negombo and another church in the eastern town of Batticaloa as the Easter Sunday mass were in progress.

Three explosions were reported from the five-star hotels – the Shangri-La, the Cinnamon Grand and the Kingsbury. Foreigners and locals who were injured in hotel blasts were admitted to the Colombo General Hospital.

The death toll in the Sri Lanka attacks is now at 290, following a series of blasts at churches and luxury hotels during Easter Sunday. Police have arrested 24 people, but no-one has claimed responsibility.

The vast majority of those killed are thought to be Sri Lankan nationals, including many Christians who died at Easter services.

Nepal-China railways to come up in talks with Xi Jinping: Nepal Defence Minister

Nepal-China train connectivity is expected to get priority during the coming visit of President Xi Jinping, Nepal’s Defence Minister Ishwor Pokhrel said on Wednesday. The senior Minister described the scheduled October 12-13 visit as “historic” and said both sides would take up issues such as infrastructure and connectivity during the official talks. “Rail connectivity with […]

The United States Commission on International Religious Freedom, a bipartisan, independent federal government commission has said that there is an “overall deterioration of religious freedom conditions in 2018” in India, in its 2019 report released earlier this week. India continues to remain a Tier 2 country, according to the Commission, a list it has been […]

At least 20 people including children were killed in southern Afghanistan by flash floods that engulfed up to 2,000 homes and swept away cars, the U.N. agency coordinating relief efforts said on Saturday. Heavy rains struck Kandahar city and six districts on Friday, the U.N. Office for the Coordination of Humanitarian Affairs (OCHA) said in […]