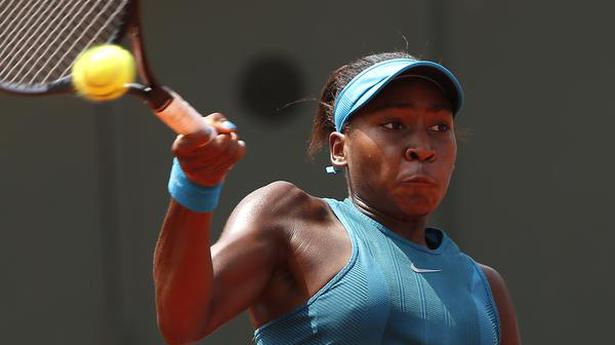 Swedish climate activist Greta Thunberg is leading a changing of the established order in how the young are now emboldened to speak up and not kowtow to their elders, said American teenage tennis sensation Coco Gauff.

Gauff, aged just 15, has taken the women’s tennis circuit by storm this year, with eye-catching performances at Wimbledon and the U.S. Open and winning her first professional title in Linz, Austria, last weekend.

She told The Guardian she is using her fame to promote causes she believes in through her following in social media especially Instagram.

Ms. Thunberg, 16, came to the world’s attention when in August last year, she began sitting alone in front of Sweden’s parliament on Fridays with a sign reading “School Strike for the Climate”.

In little more than a year, she has galvanised millions of young people around the world to take part in demonstrations to raise awareness for action on climate change.

“Lately, younger people are leading movements and I guess the world has to get used to it because we’re used to older people telling us what to do,” Gauff said speaking in Luxembourg where she played this week but lost in the first round.

“My generation has just decided it was time to speak up on our own about things. I do follow the (climate) movement a lot and I’m learning about ways we can better change, at least my lifestyle and the way my family live.

“It will get frustrating when they say: ‘You’re young, you don’t know any better.” I think it’s a good thing to point out that to a younger person but I think we shouldn’t put someone’s intelligence down no matter what.”

Gauff, who during Black History Month this year posted facts about Juneteenth — the American commemoration of the abolition of slavery — and things she did not learn at school, says fame is helping her to get her own messages across about issues she is interested in.

“Wimbledon (she reached the fourth round losing to eventual champion Simona Halep) has given me an opportunity to raise money and raise awareness for other things and I’m glad that I was able to,” she said.

“With every match I win I seem to get more and more people following me, so that’s good.

“And that means more and more awareness for subjects I care about. I always wanted to not just be a tennis player.”

Her win in Linz last weekend aged 15 years and seven months made her the youngest player to win a WTA event since Czech Nicole Vaidisova, who triumphed in Vancouver and Tashkent two months apart in 2004 as a 15-year-old.

A Sri Lankan novelist has been arrested for writing about homosexuality in the Buddhist clergy and charged with violating international human rights law, officials said on Tuesday, outraging free speech advocates. Shakthika Sathkumara, 33, was arrested in the town of Polgahawela on Monday and remanded in custody for nine days after some monks complained about […]

The plight of Japan’s social recluses

Two recent cases of gruesome stabbings have shone a new spotlight on Japan’s ‘hikikomori’, a group of extreme recluses who have chosen to end all social contact, often refusing to leave their homes for years on end. Numbering upwards of a million, ‘hikikomori’ were thought, until recently, to be predominantly young men, in the 15-40 […]